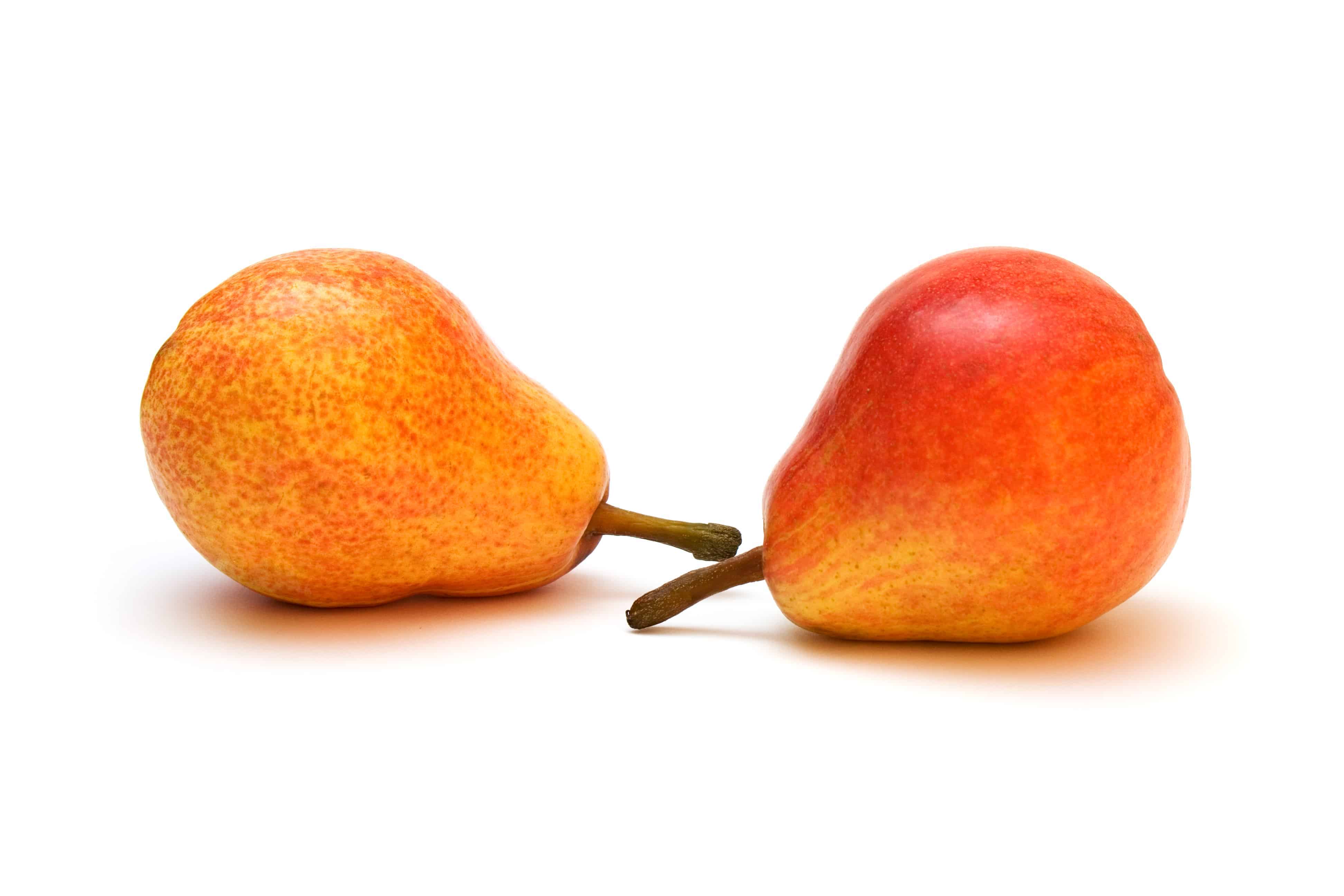 Taste pears. There will be one that is just right for you.

There are more than 5,000 varieties of pears. Of course, it is unlikely that you will ever be in the presence of more than a half-dozen varieties at once—even at the farm market. But, nonetheless, the taste of a pear can linger in your subconscious palate, and after you have done your share of tasting around, you will no doubt remember your favorite.

Most pears do not ripen well on the tree but instead gain sweetness after they are harvested and as their starch converts into sugar.

When a pear yellows and yields to the touch at the neck, it is ripe, juicy, and ready to eat.

European pears are best when ripened off the tree. Pears left on the tree will not develop peak flavor or texture.

That means that when a pear reaches its mature size—and mature size depends upon the pear’s variety—it should come off of the tree green and hard.

Once off the tree, a pear should ripen slowly. One of the best places this can happen is in your own kitchen. Slow room temperature ripening allows a pear’s sugars to develop.

The best way to ripen pears in your kitchen is to wrap each pear in tissue or old newspaper and place it in a cardboard box or brown paper bag—not plastic. This increases the concentration of ripening ethylene gases that pears naturally emit.

Pears can be stored at temperatures below 40ºF (5ºC) for several weeks and then brought out to ripen at room temperature. That’s why you’ll find pears still at the farm market well into the cold weather months.

Winter pears such as ‘Comice’ and ‘Anjou’ actually require about six weeks of cold storage before ripening to the highest quality. Varieties like ‘Bosc’, ‘Seckel’, and ‘Winter Nelis’ will ripen stored in a cool place such as a basement or cellar.

Summer pears, such as the ‘Bartlett’, do not require any cold storage to ripen. Just set them on the kitchen counter.

The process of sweetening up pears can take place on your cool kitchen counter or it can go forward in refrigerated cold storage. It’s probably the case now that the pears you select this week at the market or farm stand have been gaining sweetness in a cooled warehouse since late in the summer. Ask your grower to know for sure

• Bosc. Bosc has a thin neck and is russeted brown to yellow skin with a sweet and spicy taste. The skin of this winter favorite is thicker and rougher than many other pears, but its flesh is creamy white and crisp. If you don’t mind the rough skin, the Bosc is a good choice for eating out of hand, otherwise, use this pear for baking and cooking.

• Comice. Comice pear—whose full name is “Doyenné du Comice,” which translates “top of the show”—is a fat, blunt pear with a short neck that is greenish-yellow colored with a deep red blush. This prize winner is considered by many to be the best eating pear of all. It has a yellowish-white flesh and buttery smooth texture. Its taste is sweet and fruity. The Comice is a great choice for fresh pear desserts, and it’s also the pear you are most likely to find in one of those holiday mail-order gift boxes.

• Taylor’s Gold. This is a large, round pear with a golden to bronze skin akin to the Bosc. It has a buttery texture, and its juicy sweet flavor will immediately remind you of the Comice. In fact, some believe Taylor’s Gold is a cross between a Comice and a Bosc, but in all likelihood, Taylor’s Gold is a natural mutation. Whatever its lineage Taylor’s Gold pear is an excellent choice for either baking or munching.

• Bartlett. Pear season begins with the bell-shaped Bartlett. The Barlett is perfect for eating out of hand and cooking. This pear has clear yellow or dark red skin and is very juicy, smooth, and sweetly flavorful. The Bartlett is summer and early fall pear.

• d’Anjou. The main winter pear is d’Anjou or Anjou. Anjou was developed in Belgium. It’s oval and short-necked with yellow-green skin and has a spicy flesh that can be gritty towards the center. Still, d’Anjou is juicy and great eaten out of hand or cooked.

• Seckles. Seckles is a tiny pear so sweet that it is sometimes called “sugar pear”. Seckles is chubby and round with a small neck. Its skin is usually green but can turn to dark maroon. Seckles is ‘the’ pear for cooking. It has a sweet yet spicy flavor and a thick skin that holds up to poaching or baking. Tiny Seckles is a perfect pear for preserving as well.

As for Asian pears, there are more than 100 varieties ranging in size from very large to very small. These brown to yellow-green pears which are generally round in shape originated in Japan and China and are sometimes called Chinese pears after their heritage or apple pears after their shape and crunch. Asian pear trees bloom later than European pears and, for that reason, generally come to harvest later as well.

The Shinko Asian pear that I found at the market this week was round just like a small apple and tasted equally of juicy pear and apple sweetness. Blindfolded, it might have been a tough call. Asian pears are great in a mixed fruit salad or you can slice them raw onto a green salad.

Whatever pear you choose, look for those that are firm and well-shaped and free of blemishes. Don’t choose a pear that is bruised or too ripe. Pears that have been left on the tree too long will be gritty and granular.

Ripening pears. European pears should be ripened off the tree in a cool, dark place sitting on their bottoms. A pear that is ripe will have a matte skin and will yield slightly to the touch at the neck end. Pears that are a few days from ripe will have bright, shiny and taut skins.

A pear should ripen on its own, but if you want to hurry up the process, place it in a pierced paper bag with an apple or a banana.

How to Choose a Pear Tree 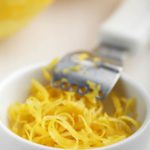