You can add shelled and peeled chestnuts finely diced or chopped to soups, stuffings, and salads. The rich, sweet taste of chestnuts is a good match for savory dishes such as game and poultry.

The chestnut harvest runs from autumn through early spring.

There are several varieties of chestnut, but when it comes to cooking, there are two kinds: the cultivated chestnut and the wild chestnut.

Chestnuts grow in temperate regions around the world. They can grow from 50 to 100 feet tall with trunks 3 feet in diameter. The leaves are dark green, glossy and narrow with large toothed edges. The flowers are in long, yellow catkins, and the fruits are contained in spiky husks.

Wild chestnut varieties can be found in Europe, Asia, and North America. The spiny husks turn from green to brown as they dry before popping open to reveal two or three small, flat, triangular nuts. The kernel of each nut is wrinkled and cream colored. After each nut is shelled, it must be peeled of a thin layer of bitter brown skin before you reach the meat which is small but flavorful.

Wild chestnuts have been a food staple in many cultures for thousands of years. Meal from wild chestnuts was used to make bread and biscuits in Europe and Asia before maize and corn were introduced from the New World. Wild chestnuts were used to make the original Italian polenta or porridge. Today chestnuts remain a basic food in Sardinia, Corsica, the Massif Central, and in part of northern Italy.

Cultivated chestnuts—the most prized for cooking–are improved chestnut varieties that produce a single, large nut in each nut case. The single large cultivated nut is fleshier and even more flavorful than the wild nut.

Cultivated chestnuts that are shelled, washed, cooked and poached in vanilla-flavored syrup, basted, cooled, and glazed with a liquid sugar—a creation from the reign of the French King Louis XIV—are known as marrons glacés, a sweetmeat.

There are many other ways to prepare chestnuts. They can be roasted whole in their shells, then peeled and eaten as they are. They can be peeled, boiled, grilled or broiled, braised, or cooked in butter for use as a garnish or vegetable.

Puréed chestnuts can be used as a garnish or as an additive to stuffing. Chestnuts also can be ground into flour that can be made into bread, cakes, cookies, pancakes, waffles, and porridge or used in confections.

Choose. Select chestnuts that are heavy and firm with shiny, taut shells. Avoid chestnuts with dull or wrinkled shells. Chestnut meat should be firm, plump, light-tan colored and meaty. Avoid meat this has a greenish mold between its folds.

Prepare. Slice open the shell with the point of a sharp knife, remove the shell along with the thin layer of brown skin to uncover the meat.

To roast or boil a chestnut, carefully make a crisscross with a sharp paring knife on the rounded side of the shell, then roast at 400°F (200°C) for 20 minutes, cool slightly break away the shell, and remove the brown skin while the nut is still warm.

Serve. You can add chestnuts to poultry stuffing. Chestnuts go especially well with turkey. Boiled chestnuts can be added to chicken stock, then puréed into a soup.

Chestnuts are a delicious served with Brussels sprouts, and they are a good alternative to potatoes as an accompaniment to a meal.

Nutrition. Chestnuts contain more starch and less oil than most other nuts. Starch makes up 40 percent of the carbohydrates in chestnuts. Chestnuts contain twice as much starch as potatoes. They are a good source of vitamins B and C and potassium.

Chestnut facts and trivia. Chestnuts are believed to have originated in the Mediterranean basin and Asia Minor. They were eaten by ancient Persian, Greeks and Romans. Asian chestnuts have been used in Chinese cooking for thousands or years. The ancient Romans made chestnuts into flour and used it to extend wheat flour.

The largest chestnut crops today are grown in the South of France, Italy, Corsica, and North Africa.

The botanical name of the European sweet chestnut is Castanea sativa. 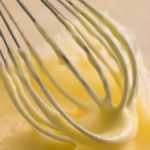 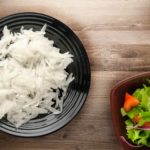