Join our gardening family to receive the latest tips. Subscribe
Spinach in the garden1

Spinach is a great-tasting early-season green. Next to the dandelion is the first green that can be harvested in early spring. It is also one of the best fall and winter crops.

Spinach is a cool-season annual. Plant spinach before the weather warms in spring and again as the weather cools in early autumn. (When days lengthen in late spring and the weather becomes dry and hot, spinach bolts and stops making new leaves.)

Spinach can be grown under cover in cold weather. Plant spinach in early fall then cover plants with a plastic tunnel or set plants in a cold frame for a harvest of fresh spinach, both tender leaves cut and come again or the entire plant in winter. Where winters are mild, spinach can be harvested without cover from October to April–and that is the time of year when it is not bothered by insects and diseases.

Here is your complete guide to growing spinach!

Where to Grow Spinach

Spinach in the Kitchen

More tips: How to Harvest and Store Spinach.

Q: What causes small white cottony blotches on the upper surfaces of spinach leaves (there are usually yellow spots on the undersides)?

A: This is called white rust, a fungus disease that can be controlled with an organic fungicide. Also, avoid overhead watering which can spread disease.

Q; What causes spinach to become stunted with yellow leaves and twisted leaves and stems?

A: This is caused by a disease called spinach blight or spinach yellow, which is spread by aphids. Grow resistant varieties (check seed packets) and control aphids as soon as they appear.

Q: What causes spinach to flower before it is ready to harvest?

A: Long days and warm summer temperatures force spinach to flower prematurely. Plant earlier in the spring or in fall, when days are shorter and cooler.

How to Grow New Zealand Spinach

How to Grow Malabar Spinach 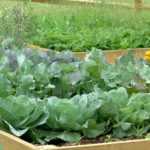 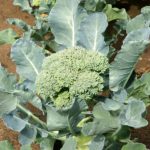