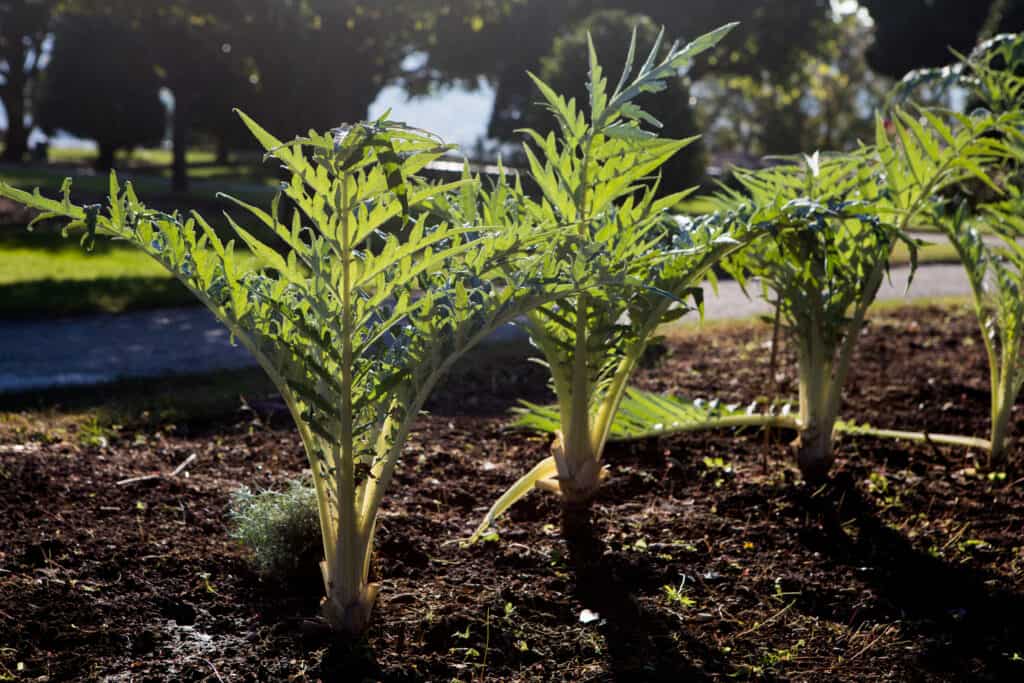 Artichokes grow best where there are mild, frost-free winters and long, moist summers.

Set out artichoke crowns or root divisions in spring about 2 weeks before the last frost.

About artichokes. The artichoke is an edible thistle flower bud that is eaten before it opens. Artichokes are tender perennials that grow from 3 to 4 feet tall and to 6 feet across.

Site. Artichokes grow best where there are mild, frost-free winters and long, moist summers. (Artichokes are commonly grown along the central California coast and along the southern Atlantic and Gulf coasts.) The optimal growing temperature is not less than 50°F at night and not more than 75°F during the day. Do not plant artichokes where there are fewer than 100 frost-free growing days.

Artichoke planting time. Plant artichokes on the average date of the last frost in late winter or early spring. Set your root divisions up to 2 weeks before the last frost. The optimal planting soil temperature is between 50° and 85°F.

How to plant artichokes. Grow artichokes from offshoots, suckers, or seed. Plant artichokes in full sun. Artichokes require rich, well-drained, moisture-retentive soil with a soil pH between 6.0 and 6.8. Add compost and well-aged manure to planting beds in advance of planting.

Water and feeding. Keep the soil evenly moist. Allow the soil to dry between watering. Add a low nitrogen fertilizer such as 5-10-10 to planting beds in spring and fall.

Companion plants. Plant artichokes with other perennial vegetables such as asparagus.

Care. Where the winter is cold, cut plants back to about 10 inches and cover with a box or basket and then mulch with about 2 feet of straw or leaves to help maintain an even soil temperature. Artichokes bear best the second year and should be started from new plants every 3 to 4 years.

Pests. Aphids and plume moths attack the artichoke. The plume moth is a problem in heavy artichoke-growing districts. Hose off aphids.

Diseases. Crown rot may infect plants covered in winter. Do not place mulch until the soil temperature drops to 40°F. Remove mulch as soon as the weather begins to warm. Plant disease-resistant varieties when they are available. Avoid handling plants when they are wet. Remove infected plants and destroy them. 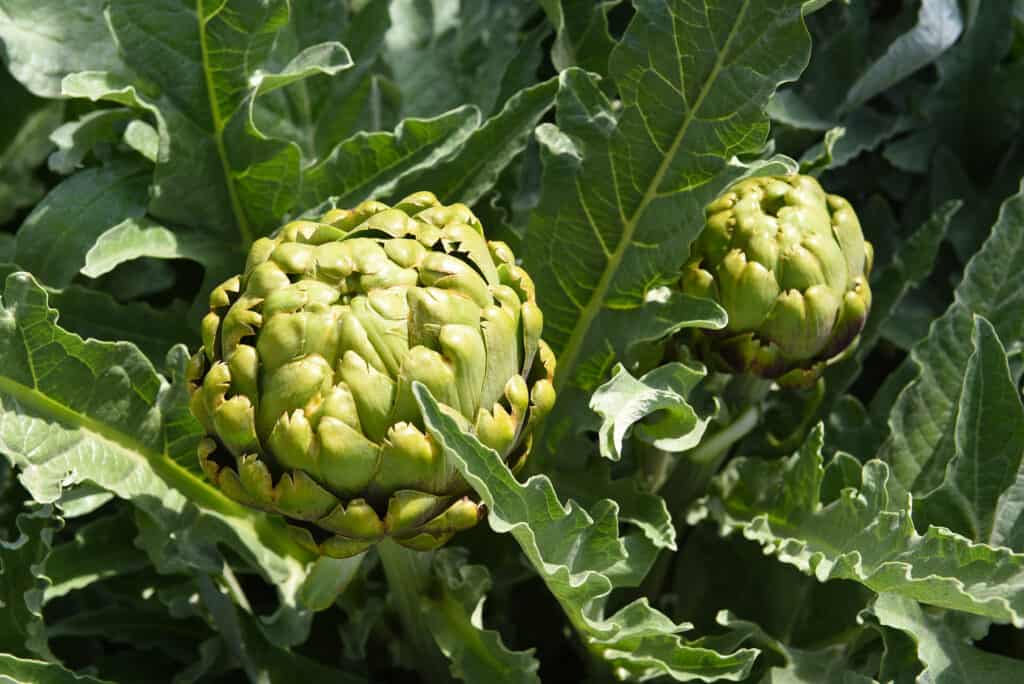 Harvest. Artichokes are harvested beginning the second year. Cut buds about the size of an apple before they open. Cut stems 1½ inches below the bud.

More at How to Harvest and Store Artichokes.

Storing and preserving. Artichokes will keep in the refrigerator for up to one week. Artichokes hearts can be frozen after cooking, canned, or pickled.