Leeks are grown for their thick, juicy, long stalks. They are a mild-flavored alternative to the onion. Leeks require a long growing season—up to 170 days. They grow best in cool, mild weather.

Leeks belong to the Allium family which includes onions, shallots, scallions, and garlic. Leeks don’t grow from bulbs like other Alliums, they grow thick, cylindrical white stalks. Above the stalks are fans of flat, blue-green leaves. Both the stalks and leaves are edible.

Leeks can be eaten raw in salads, added to soups or stews, or sautéed as a vegetable side dish. Leeks are most notably used in potato and leek soup, which when chilled is known as vichyssoise. The stalks are the main crop, but the leaves can also be used in soups and stews.

Where to Plant Leeks

Leeks in the Kitchen

How to Extend the Harvest

Q: Are leeks hare to grow?

A: Leeks require a long period to reach maturity, but they are simple to grow. Their culture takes more attention than skill.

Q: Should I start leeks indoors?

A: If you have a short growing season, start leeks indoors. Sow seed indoors 12 weeks before the last frost in spring. Thin sprouts to 1 inch apart. When leeks are pencil thin, transplant them into the garden 4 to 6 inches apart.

Q: Can I grow leeks in a mild winter region?

A: Yes, start leeks outdoors in mid-winter in mild winter regions or plant seeds from late summer to late autumn for harvest the next spring.

Q: How can I blanch leeks?

A: The traditional way to blanch leeks is to set them in a 6-inch furrow and then gradually fill them in to blanch the stalks as the plants grow. This technique requires a lot of work and grit and soil can get into the folds in the stalks. An alternative is to wrap the leeks with brown paper or slip 6-inch tubes of cardboard or plastic (such as thin-walled, 2-inch, PVC pipe) over the stalks when they are almost an inch thick.

Q: Do I have to blanch leeks?

A: No. Leeks will be perfectly useable if you do not blanch the stalks. Blanching makes the stalks whiter and perhaps more succulent.

Q: When should I harvest leeks?

A: Leek varieties vary in maturity dates from 70 to 140 days. Leeks are edible at pencil-thin size or you can wait until they reach maturity when the stalks will be 1 to 2 inches in diameter. Don’t let them flower in the second year; they will be too tough to use in the kitchen.

More tips: How to Harvest and Store Leeks. 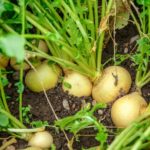 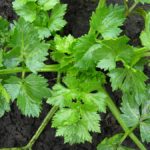