Pears are excellent backyard trees. They produce a fruit sweeter and juicier than most apples; a fruit that easily ripens off the tree.

After careful selection and early training, pear trees will require generally less upkeep than other fruiting trees. They live longer than most apple trees and they require less pruning and thinning.

European pears have a classic pear shape and are soft, sweet, and juicy when ripe. Asian pears tend to be round and firm but still sweet.

There are pears for fresh eating out of hand and pears for cooking, usually poached.

Here is your complete guide to growing pear trees.

Where to Plant a Pear Tree

How to Plant a Pear Tree

Choose the size or form of a pear tree that will fit your growing space; remember you need two or three different cultivars to ensure pollination and fruiting. Tree forms include:

There are three basic types of pears:

When you select a pear tree, consider how you intend to use the fruit. Here’s how pears are classed for use:

When you decide on the pear variety you want to grow, look at a pollination chart to make sure you select a second variety that is a pollinizer. Here are two examples of pollination charts:

Example Two: Selected the variety you want to grow and match it with a compatible pollinizer. Here are popular varieties followed by pollinizers.

Some specific pear varieties will not pollinate other specific varieties:

How to Train a Pear Tree

How to Thin a Pear Tree

How to Harvest Pears

How to Store Pears

Also of interest: How to Choose a Pear Tree for Planting 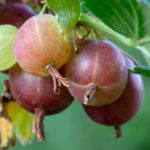 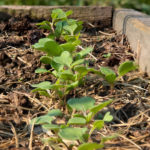