Join our gardening family to receive the latest tips. Subscribe
Cherries in bowl1 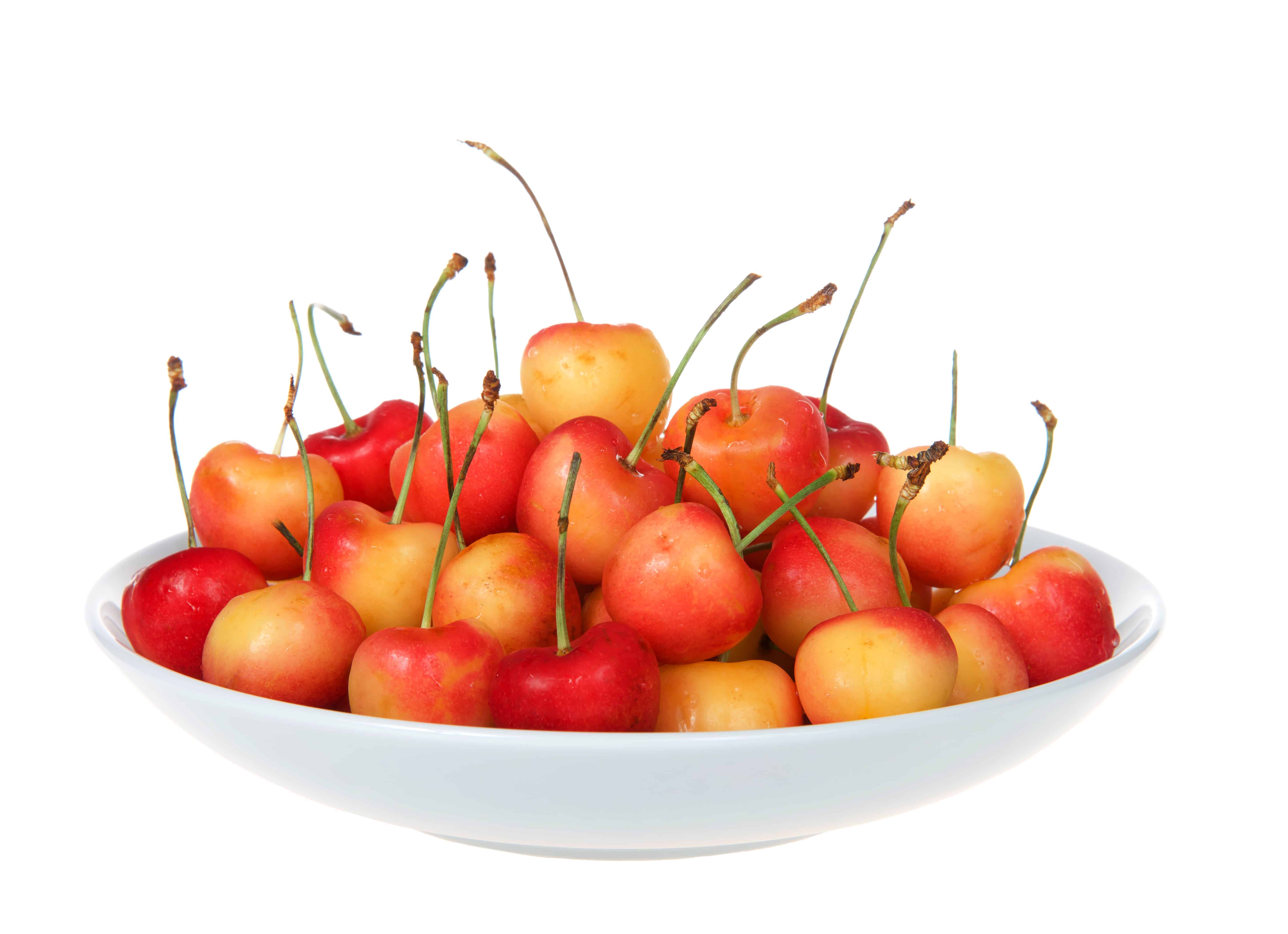 Cherry season is short and sweet.

Put the two seasons together and you can enjoy about four months of fresh cherries each year: sweet cherries for eating out of hand and using in fruits salads, compotes, custards, sorbets, ice cream, and yogurt; sour cherries for pies, cobblers, clafoutis, dessert sauces, preserves, and jams.

Fresh sweet cherries are at your farm market from May through early July and fresh sour cherries from mid-June through mid-August. The peak season for cherries in the Southern Hemisphere is during December.

Sweet cherries are sweet and fleshy, usually light or dark red and sometimes yellow-skinned. Sweet cherries can be round, oblong, or heart-shaped. They are usually eaten out of hand or added raw to fruit salads and desserts.

Sweet cherries can be classed into two main groups. The first is known as bigarreaus which have sweet, firm, dry flesh and include the varieties Bing, Lambert, Napoleon (also called Royal Ann), Rainier, and Schmidt. The second is known as geans (guignes in French) or heart-shaped cherries. These cherries are soft fleshed and juicy. Black Tartarian is a heart-shaped cherry.

Sweet-sour cherries–also known as Dukes and Royals–are crosses between sweet and sour cherries. Sweet-sour hybrids can be used for both eating out of hand and cooking, but their flavor is closer to the sour cherry than the sweet cherry. Governor Wood is a sweet-sour or Duke cherry.

Cherry trees–which belong to the same stone fruit family that includes peaches, plums, and almonds–are long-lived and usually grow to about 30 feet tall, though they can grow much taller. Cherries have plum-like leaves and are deciduous.

The cherry blooms in late winter or early spring and fruits a few months later. The cherry fruit hangs on long, thin stems attached in clusters to the bark of branches. Cherries can be difficult to harvest because not all of the fruit ripens at the same time.

Select cherries that are plump, firm, bright-colored and glossy skinned: the deeper the color, the sweeter the taste. If the stems are attached, they should not be dried out. (Cherries store better with their stems attached.) White or light-colored cherries should be firm and unblemished with a blush of color.

Avoid unripe cherries; they will be small, pale and hard. Avoid overripe cherries with soft of brownish spots.

Cherries do not ripen after harvest, so choose cherries that are ready to use.

You can freeze whole or pitted cherries for 6 to 12 months. To freeze cherries: rinse and dry, pit, place in freezer bag leaving ½ inch (13 mm) of space. Frozen cherries can be coated with sugar or syrup before freezing.

Dried cherries will keep for about a year in an airtight container in a cool, dry place.

Fresh sour cherries should be pitted before cooking.

Bland tasting cherries can be marinated overnight in cherry juice or any berry juice, or in sugar-sweetened brandy or in red wine. Marinated cherries are best served warmed up in a saucepan.

Cherries can be eaten raw, cooked, candied, dried, preserved in syrup, macerated in alcohol or distilled.

Cherry facts and trivia. Cherries originated in northeastern Asia and have been in cultivations for more than 2,000 years. Cherries most likely spread throughout the temperate world via bird migrations.

The word cherry comes from the Greek word kerasos which is derived from the name of a city in Asia Minor Cerasus (now in Turkey) where it is believed cherries were first cultivated. Kerasos became cherise in the old French language which in turn became the plural “cherries” in English.

The first cherry pie was baked in England during the time of Queen Elizabeth I.

How to Plant, Grow, Prune, and Harvest Cherries 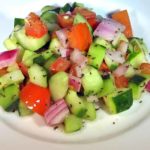 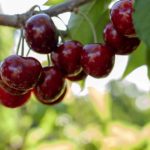