Trying to cut back on salt and pepper? Try savory.

There are two varieties of the herb savory to choose from: summer savory—a fast growing annual plant, and winter savory—a shrubby perennial.

Both savories have a bit of a peppery bite. Summer savory has a flavor reminiscent of thyme, mint, and marjoram. It is more subtle than winter savory. Winter savory is more pungent with a flavor of sage and pine.

Chopped finely, summer savory can be added to cheese dishes, egg dishes, fish soups, and summer vegetables. Add it lightly—just one or two leaves–until you are familiar with its strength. Summer savory is good for those on a salt-free diet.

Winter savory also can be used to season sausages, lamb, pork, game and other long-cooking meat dishes and oil-rich fish such as eel and mackerel. Savory is good with cabbage and root vegetables such as onions because it reduces their strong cooking smells.

Add both summer and winter savory leaves to herb bunches—bouquets garnis—to flavor soups, stews, and broths. Both sprigs and leaves can be used, and savory flowers can be used for garnishes.

Annual summer savory is one of the herbs in herbes de Provence (along with rosemary, thyme and oregano) used to flavor meat, fish, eggs, soup, beans, peas, and lentils.

Once again, avoid too much savory or your food will taste bitter. A pinch is enough!

Summer savory has soft, tender, grayish leaves and white or pinkish flowers. It is upright growing to about 18 inches (45cm) with a loose, open habit. Winter savory is a woody shrub that can grow to 15 feet (4.5 m) tall. It has lavender or white flowers.

Choose. Fresh savory should be bright colored and sprightly. Avoid leaves or sprigs that are wilted or yellowed. Leaves cut just before flowering will be the most tender and least bitter tasting.

Savory will retain its flavor if frozen. Chop it finely and freeze it in water in ice-cube trays.

Dried savory leaves will retain their flavor for several months if kept in an airtight container away from light. Hang sprigs to dry in an airy, dark place and later crumble the leaves into powder.

You also can infuse wine vinegar with fresh sprigs of savory and use in dressings for salads containing fresh or dried beans.

Savory facts and trivia. Savory is native to southern Europe and the Mediterranean region where it has been used in food preparation for more than 2,000 years. Savory was the strongest spice available in Europe until black pepper became available from Asia.

The Saxons gave savory its name: it means spicy or piquant. The word savory today denotes a flavorful non-sweet food. 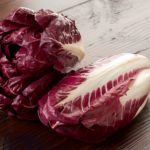 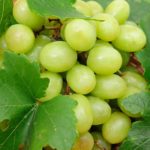