Join our gardening family to receive the latest tips. Subscribe
MENUMENU
How to Grow Corn

In addition to sweet corn, other types of corn include popcorn, flint corn, flour corn; flint corn is (Zea mays var. indurata; also known as Indian corn or sometimes calico corn is used in ornamental decorations); flour corn (Zea mays var. amylacea) is a variety of corn with a soft starchy endosperm and a thin pericarp; Zea mays everta, is the only type of corn to actually pop.

Sweet corn is a summer crop. It is best planted in late spring after the soil temperature reaches 60°F (16°C), usually two or three weeks after the last frost in spring. Corn planted out of season in cold, wet soil is unlikely to germinate.

Here is your complete guide to growing sweet corn!

Where to Plant Sweet Corn

More tips: How to Increase Your Corn Crop.

More tips: How to Harvest and Store Corn. 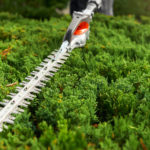 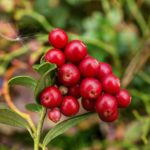