Join our gardening family to receive the latest tips. Subscribe
Corn in garden 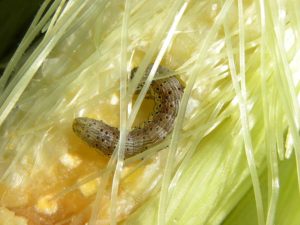 Corn earworms are caterpillars that chew into the kernels just inside the husks of ripening ears of corn.

The corn earworm is a white, green, brown, or red caterpillar with spines. It is about 1½ long. The adult is a brown moth.

Control earworms attacking corn by placing 1 to 5 drops of vegetable oil or mineral oil at the base of the silks inside each developing husk. The oil will suffocate the worms.

Use oil on corn only after the silks have begun to turn brown. The silks turn brown after pollination. A single silk will become a single kernel of corn once it is pollinated. When an ear of corn does not fill with kernels it is most often because of poor pollination.

Other ways to control corn earworms: 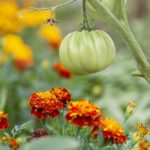 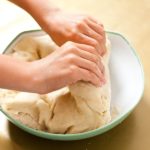