These are oranges that are not sweet tasting.

Sour oranges are harvested beginning in late fall and the harvest continues through spring depending upon the region and climate.

Sour oranges have both a sour taste and an astringent or bitter taste.

The sourness of an orange is due to the fruit’s acidic acid–think of the taste of lemons and limes.

The bitterness of an orange is associated with its essential oils–think of the taste of orange rind or pith.

Sour is usually considered a more pleasant taste than bitter.

Sour oranges are almost never eaten out of hand or as a fresh fruit. They are used to make orange marmalade, sauces, chutney, candied fruit, pies, flavorings, and liqueurs such as Grand Marnier, curaçao, and Cointreau.

Sour orange fruit and blossoms are used in China to make teas and herbal medicines. They are also used in making orange flower water, perfumes, and rind oil.

Sour oranges usually have a deep-orange colored fruit, are large, and are juicy. They have a thick dimpled skin.

Sour oranges are higher in natural pectin—a gelling agent–than sweet oranges. That makes them ideal for use in marmalades, jellies, and preserves.

Seville (sometimes called bigarade orange) has a medium size fruit that is more flat in shape than a sweet orange. It has a deep orange skin that is rough and slightly loose. It can be seedy. It is juicy and very tart and sour tasting. The Seville is most often used for making marmalade.

Bouquet de Fleurs has a medium-sized, flattened fruit and orange-colored rind. It has few seeds and is easy to peel. It is juicy and sour tasting. Bouquet is considered the most fragrant of all oranges. It is used in the making of French perfumes.

Bergamot orange is a small, somewhat pear-shaped orange. It is said to be a cross between a pear lemon and Seville orange and grapefruit. The trees of this orange are called bergamots, and they are most successfully grown on the Ionian coast of Italy in the province of Reggio Calabria. This orange is used to make bergamot oil a component of many perfumes and teas such as Earl Grey tea.

Store. Oranges will keep in the vegetable bin of the refrigerator for up to a month, or they will store in a cool, dark place in the kitchen for a week.

Sour oranges facts and trivia. Sour oranges are sometimes referred to as Persian oranges. It is thought that sour oranges originated in the region of modern-day Iran.

Persian oranges traveled to southern Europe with Arab traders and were introduced into Italy in the eleventh century. Portuguese, Spanish, Arab, and Dutch sailors planted citrus along trade routes to prevent scurvy.

The sweet orange came to Europe in the fifteenth century from India, brought by Portuguese traders. It soon grew more popular than the sour orange that had preceded it.

Columbus brought orange seeds to Haiti on his second voyage in 1493. Oranges were introduced to Florida in 1513 by the Spanish explorer Juan Ponce de Leon.

The botanical name of the bitter orange is Citrus aurantia. 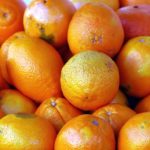 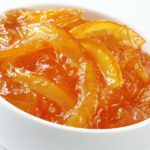