Hot peppers are distinguished from sweet peppers simply by their pungency or hotness of flavor. There are thousands of hot pepper varieties in the world. (This is the case because peppers easily cross-pollinate to produce new kinds.)

Hot peppers are tender perennials that are grown as annuals. Peppers grow on compact erect bushes usually 1½ to 2 feet (46-61 cm) tall, but they can grow taller. The fruit follows a single flower growing in the angle between the leaf and the stem. Hot peppers–also called chili peppers–vary in shape and color and include the bell-shaped pepper, the heart-shaped pimiento, the short and long podded yellow wax, the conical-shaped jalapeño, and the cayenne. Because peppers easily cross-pollinate there are thousands of different hot peppers. Hot peppers vary in hotness or pungency. The hotness of a pepper is determined by the number of blister-like sacs of capsaicinoids (organic chemicals) on the interior wall of the pepper. The more sacs the greater the hotness of the pepper.

Hot peppers go by several names. Most commonly hot peppers are called chili peppers in the United States. ‘Chile’ is Spanish for pepper. In Mexico, chile dulce is a sweet pepper and chile jalapeño is a jalapeño pepper. When the name chile first came to the United States it was used to mean different kinds of peppers in different parts of the country. In time, the spelling “chile” was eventually corrupted to “chili” and the term came to be commonly used to describe any pepper that was hot flavored

Yield–how many hot peppers to plant.

Where to plant hot peppers

When to plant hot peppers

How to harvest hot peppers

See the article Hot Peppers for the Vegetable Garden. 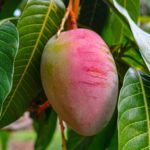 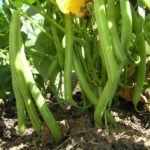