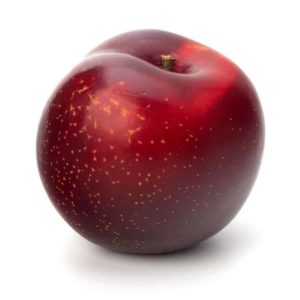 The plum standard is the Santa Rosa plum: that is the rich-tart purplish-crimson skinned plum with amber flesh that shades to dark red near the skin. The Casselman plum is an improved, late season Santa Rosa plum hybrid with a bright red skin and plenty of flavor.

The Casselman is one of the so-called Japanese plums, which is a bit of misnomer since its lineage—like other Japanese plums–can be traced back to China. The Casselman plum’s ancestors were brought to California from Japan by Luther Burbank around the turn of the twentieth century. Burbank—who did much of his plum breeding in the northern California town of Santa Rosa–was responsible for the introduction of more than 100 different varieties of plums including the Casselman.

What Japanese or Santa Rosa plums have in common is that their rich, distinctive flavor. They are perfect for desserts.

Here is a plum sauce you can enjoy over vanilla ice cream or pound cake: purée 1 pound of sliced ripe Casselman plums in a blender. Strain through a sieve. Stir in ½ cup of sugar and lemon juice to taste. Add ¼ teaspoon of almond extract for extra flavor.

Casselman plums are also great eating out of hand.

When selecting plums, choose those that are plump and well-colored. They should smell like a fresh plum and should give slightly to gentle pressure. Plums can be stored at room temperature: they will soften and ripen on the counter but they will never get any sweeter than they were when they came off the tree. Don’t choose plums that are too soft or too hard.

When you are ready to eat or prepare a plum, wash it gently then slice it in half around the pit and rotate the halves to separate. The pit will pop out.

How to Plant, Grow, Prune, and Harvest Plums 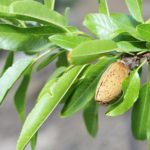 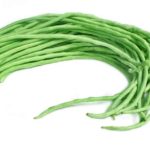