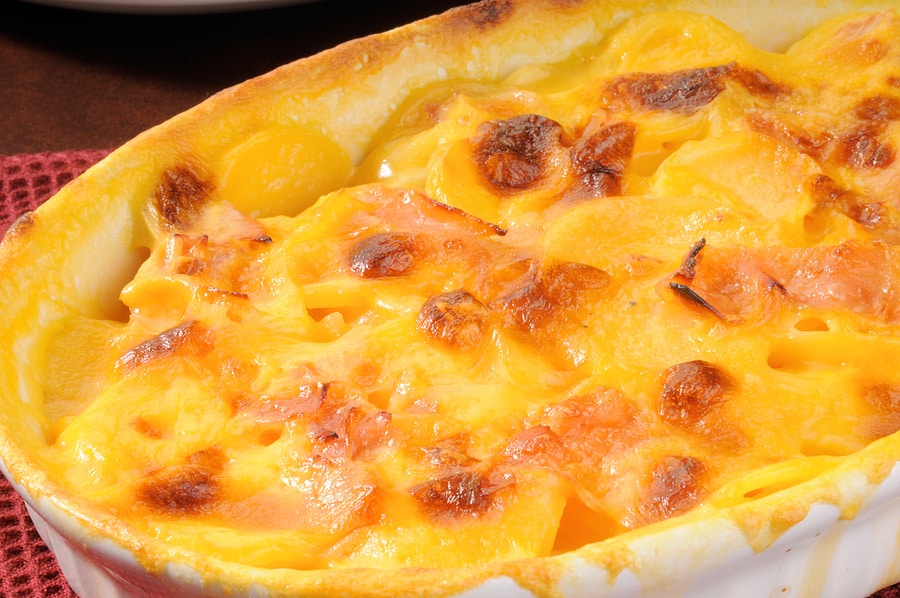 The ham and cheese and potato gratin is a flavorful and sustaining winter dish.

I usually call on this recipe a day or two after a big baked ham dinner by simply reserving 1 or 2 pounds of ¼-inch ham slices. But you can pick up a 1 to 2 pound ham steak at the butcher any day of the year to get this gratin made.

As for the cheese, excellent cheese flavor matches for ham and potatoes are cheddar (slightly sharp in flavor), Gruyère (nutty and full-flavored), Jack (mild flavored), and Parmesan (sweet and nutty flavor). Use any one of these for this dish. You’ll need a pound of the cheese you choose shredded.

Gratin is the French term for “crust”; this dish develops a crisp, golden crust as it is oven cooked in a shallow baking dish.This recipe will serve 6 to 8 people.

The gratin can also be cooled and left at room temperature for several hours, and reheated in a moderate oven. 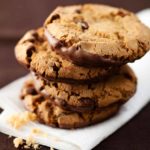 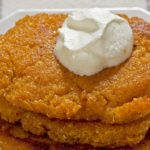