Was it just six months ago that the first Early Girl tomatoes were coming off the vine?

If you like tasting tomatoes, you love the Early Girl. In one survey after another, the Early Girl scores high points for flavor. When you taste a vine-ripened Early Girl, the words “sweet” and “rich” will not be far behind.

Even though it will be another six months before you see the first fresh Early Girls coming to market, that doesn’t mean you have to wait a half a year for that Early Girl flavor. Dried Early Girls—and many other dried tomato varieties, as well—will be at the farm market this week.

Dried tomatoes are fresh, ripe tomatoes that have been placed in the sun, in an oven, or a food dryer to dry out the water content. A dried tomato has every bit of the nutritional content—high in Lycopene, antioxidants, and vitamin C–of a fresh tomato, and the taste.

The idea of drying tomatoes came from Italy where the process was used to store tomatoes into the winter. Tomatoes were placed on tile roofs and sun dried in the heat of the summer. Today, some tomatoes are still sun dried—usually on large outdoor racks; most are dried in convection ovens or large food dryers.

Not all tomatoes are perfect for drying. The best tomatoes for drying have thick, meaty flesh and low water content. Beefsteak tomatoes are not a good choice for drying; they are fat, juicy and full of seeds. The Early Girl is a smaller, fleshy tomato with as few as 24 seeds plus the great flavor.

Tomatoes for drying are usually split lengthwise or quartered, the seeds are removed—though as much as possible of the pulp in the center is left. They are sometimes sprinkled with salt or herbs—but not always–then placed on racks or in a dryer and dried. It will take two to three days for tomatoes drying under a hot summer sun to become completely dry. Twenty pounds of fresh, ripe tomatoes will dry down to about one pound of dried tomatoes.

Before just picked tomatoes were shipped around the world on a daily basis, dried-tomatoes in winter were considered a kitchen staple. For the past several decades, dried tomatoes have somehow become associated with gourmet meal preparation. But the tastelessness of tomatoes shipped thousands of miles to be sold in places where fresh tomatoes are out of season has brought back the demand—and the common use—of dried tomatoes in winter. (Isn’t it weird–and almost perverse–how old-fashioned foods were made gourmet?)

Dried tomatoes can be served in any dish where you would serve fresh, local tomatoes. If you are not sure, pick up some dried Early Girl tomatoes this week and throw them on a tossed green salad. 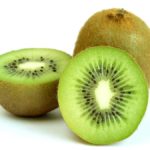