The squash vine borer is a wrinkled, cream-colored caterpillar with a brown head, about 1 to 2 inches long.

The adult-form of the vine borer is a narrow-winged olive-brown moth with a 1- to 1½-inch wide wingspan. The moth has fringed hind legs, a red abdomen with black rings, and translucent wings. It is sometimes mistaken for a small wasp.

The larvae squash vine borer tunnels into the vining stems of squash and pumpkin plants and eats the vascular tissue causing vines to collapse and fail.

Adult moths emerge in early summer and lay reddish-brown eggs near the base of squash plants and on the undersides of leaves. When the eggs hatch, the larvae immediately chew their way inside vines and then feed for up to six weeks. The feeding disrupts plant vascular tissue which delivers water and nutrients to the stems and leaves from roots. This injury commonly causes the vine to collapse, rot, and die from the point of injury.

Moths lay eggs over a period of about two months so the threat to plants is ongoing through the summer. Larvae and pupae overwinter in the soil and emerge as adults the following year when the weather warms.

Squash vine borers are found throughout the United State and Canada.

Feeding Habits and Damage: Squash vine borers bore into the stems of squash-family plants and eat vascular tissue. Borers create small entry holes in stems; at the entry point there will be a small pile of moist, sawdust-like debris, called frass. Feeding borers cause vines to suddenly wilt and collapse; vines then rot and death commonly follow.

Organic Controls: Early in the season exclude moths from laying eggs by covering plants with spun poly floating row covers. Spray the base of plants with pyrethrin repeatedly to kill young larvae before they enter vines.

Organic Control Calendar: Here is what you can do seasonally to control squash vine borers: 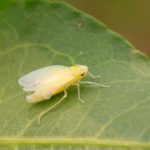 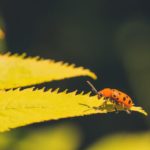