There are both bush and vine types of cucumbers. Vine types grow to 6 feet (1.8m) tall and are best grown on a trellis or other support. Bush types grow somewhat compact from about 3 to 4 feet (1-1.2m) tall. Most forms are climbers, in varying degrees.

Cucumbers are commonly grouped into two broad categories by how they are used: picklers and slicers. Slicers are long and green; picklers are short and stubby and bumpy. There are also burpless cucumbers which are bred to eliminate enzymes that make digestion difficult for some people, and there are Asian cucumbers which are long, thin, and crunchy with a mild flavor.

More about growing cucumbers at How to Plant, Grow, and Harvest Cucumbers.

Temperature and humidity for cucumbers

Care for cucumbers is also discussed in How to Grow Cucumbers That Are Not Bitter Tasting.

More about harvesting cucumbers at How to Harvest and Store Cucumbers.

Cucumber varieties to grow in containers 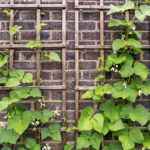 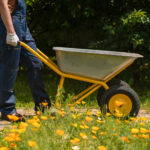