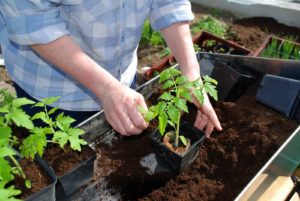 A potting mix is a combination of organic particles and pores or spaces that hold air and water. Organic matter or soil holds nutrients.

Air and water in a potting mix are necessary for roots and beneficial micro-organisms in the soil to grow and survive.

Plants need air around their roots for nutrients to pass from the soil through soil water to the roots. Nutrients are drawn up into a plant with the water that is taken up by the roots.

When a potting mix or soil is compacted or when there is too much water in the soil, roots can not draw nutrients into the plant.

Potting mix is a lightweight alternative to garden soil. Commercially blended potting mixes are pasteurized and free of weed seed, pest nematodes (small microscopic worms), and fungus spores that can cause disease.

What are the ingredients in a potting mix–also called potting soil, starting mix, or transplanting mix–and what do they do? Here’s a guide:

Vermiculite: is a form of mica rock that has been rapidly heated to about 2,000°F (1,093°C). Moisture trapped in the mineral turns to steam and pops the gray-brown rock into small spongy fragments. Vermiculite can absorb several times its weight in water and nutrients. It helps keep a container moist and contains magnesium, potassium, and calcium–elements needed for healthy plant growth. Vermiculite has a neutral pH.

Perlite: is made from whitish volcanic rock. It is rapidly heated to 1,800°F (982°C) and pops into small kernels. Perlite holds moisture on its surface but does not absorb it. It is added to potting mixes to create minute pockets between soil particles allowing oxygen to enter the mix. Oxygen is necessary for plant root survival. Perlite adds no nutrients to the mix and has a neutral pH.

Peat Moss: is a bog plant harvested primarily in Canada (it is a very slowly renewable resource—peat bogs are formed over hundreds of years). Peat moss holds several times its weight in water and also holds air. It is slow to decay and adds little in the way of nutrients. Peat moss as a pH of 3.5-4.5.

Limestone (either dolomitic or calcitic): is a source of calcium added to potting mixes to counter the acidity of peat moss. Dolomitic limestone contains magnesium in addition to calcium.

Coco Peat, or Coir: is recycled coconut husks which holds several times its weight water—more than peat moss–and also holds air. Coco peat is used in potting mixes as an alternative to peat moss. It has a pH of 5.7-6.8. Coir comes in compressed bricks that must be soaked in warm water before they are used. 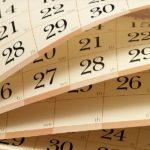