The most useful measure of the vegetable garden growing season is soil and air temperature averages.

The true growing season for a garden is the total number of consecutive days that the soil and air temperature are warm enough to grow plants–including germination, maturation, and ripening before a killing frost or freeze.

Here is a list of hardy vegetables. (“Hardy” is a gardening term often used to describe a plant’s ability to withstand cold temperatures.) These crops can be planted—seeds sown or transplants set in the garden—two to four weeks before the average last frost date.

Half-hardy vegetables can tolerate only light freezes–that is short-term exposure to subfreezing temperatures. Half-hardy crops should be planted around the date of the last spring frost.

Here is a list of half-hardy vegetables. Sow the seeds of these crops or set out transplants near the average date of the last frost in your area. Half-hardy crops include:

Tender vegetables are best planted one to two weeks after the last frost. (“Tender” is a gardening term for plants that can not withstand cold temperatures.) The fruit and leaves of these crops can be injured by a light frost if planted too early. Tender vegetables include:

Very tender vegetables should not be planted until at least three weeks after the last frost in spring. These crops demand warm temperatures to grow, usually above 70°F (21°C). They can be stunted by temperatures below 50°F (10°C).

Season extension is a term used by gardeners to describe their efforts to grow crops outside of the natural growing season. When temperatures are too cold for vegetable crop growth, crops can be protected under a plastic tunnel, frost blanket, row cover, or greenhouse. Those season-extending devices warm the air and soil and allow crops to grow past their natural growing season. See articles on Season Extension.

What Every Vegetable Garden Needs 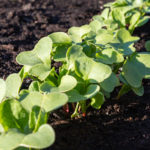 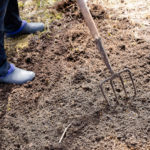