Space must be conserved in every possible way in a small vegetable garden. Here are five tips for getting the most out of a small garden:

Garden vertically as much as you can. Use the up-and-down space in your garden and conserve your ground space. Use a single square foot of your garden surface as a foundation for crops that grow up.

Instead of letting winter squash, melons, cucumbers, and other vine crops roam horizontally, give the roots the soil they want, and let the rest of the plant grow up. The same goes for tomatoes and beans–both snap and lima. Give these crops support–stakes, wire cages, and trellises–and tie the stalks in with strips of cloth or horticultural tape.

You can grow six cucumber plants in a two-foot-tall cage that is just 18 inches in diameter. These vertically growing plants will outproduce sprawling plants that might take 15 square feet of ground space or more.

Determinate bush tomatoes can use 2- to 4-foot tall cages 18-inches in diameter. Use 5- to 6-foot tall cages for indeterminate tomato varieties. Grow a cucumber in 4-foot-high, 18-inch-diameter cage. Grow summer squash, including zucchini, in a 2- to 3-foot-diameter, 2- to a 3-foot-high wire cage.

Use a standard trellis or ladder trellis for vines and creeping crops. A trellis 4 feet long by 4 feet wide can be used for growing cantaloupes or cucumbers. You can place a carrot, beet, or spinach bed along the north side of the trellis to keep those crops cool. Lean two trellises together to create an A-frame. You can plant peas, pole beans, acorn squash, Armenian Yard Long cucumbers on one side, and Italian Romano beans other. Beneath the A-frame plant radishes, turnips, leaf lettuce, bunching onions, and other quick-maturing crops.

Vertical growing vegetables are less susceptible to fungus attacks when their leaves are well off the ground. Vegetables that never make contact with the ground are less liable to rot.

Use dwarf instead of full-size vegetable varieties. Dwarf varieties of sweet corn, beans, peas, and other vegetables are just as tasty as the larger varieties. Look for seed or starts with give-away names like “Midget”, “Patio”, or “Tom Thumb.”

Midget and dwarf vegetable varieties are not only perfect for small gardens but ideal for container vegetable gardens as well.

3. Intercropping and companion planting. Plan your vegetable plantings with intercrops or companion plants. Intercropping means that between two rows of midseason corn, for example, which should be spaced about thirty inches apart, a row of early peas is interplanted. The peas will be harvested and the plants turned under before the corn has grown large enough to crowd the peas.

Companion-cropping means planting or sowing smaller vegetables between plants of a larger crop in the same row; or planting rapid-maturing vegetables such as lettuce, between slower-maturing ones, such as tomatoes.

Here are some companion cropping examples: lettuce between tomatoes, onion sets between cabbage, radishes between cauliflower, beets between eggplants, Swiss chard between peppers, spinach between corn–think rapid-maturing plants between slower-maturing ones.

Wide-row intensive planting means placing plants in such a way that their outer leaves just touch one another when the plants reach about three-quarters maturity. When the plants are fully mature their leaves will overlap. An intensively planted garden means not only using less space but using less water and doing less weeding–the garden bed is carpeted with crops and the ground is shaded.

When intensively planting, space your crops just a little closer than suggested on seed packets. Stagger your crops instead of planting in rows directly across from each other. If you can’t quite get the hang of it, stretch 2-inch chicken-wire screen across a frame and use the grid as a template–planting in the middle of the squares. Remember to keep in the mid the foot-print of each plant at maturity.

5. Rotation or succession sowing. Rotation or successional sowing is using the same space two or three times over, during the garden’s growing season. Early, midseason and late crops of the same or different vegetables may be sown or planted in the same rows in seasonal succession. Early beets may be followed in the same row by late beets, or by bush beans, spinach, or rutabaga. Lettuce, kohlrabi, or romaine may follow early spinach or early peas. There are many possible successions of crops. The way to schedule plantings is to determine the approximate planting dates, length of time from sowing to maturity, and space needed by each type of plant at various stages of growth.

For a continuous supply of vegetables from early spring to late fall, and to save space, sow successionally. Two or three sowings of each of peas, sweet corn, string beans, beets, carrots, lettuce, and cabbages will ensure continuous supplies. First, sow the early varieties, then the midseason, and finally the late. 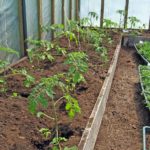 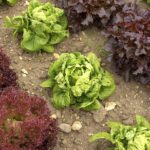