Succession Planting is Not Crop Rotation

Succession planting is different than rotation cropping. Rotation cropping is the practice of not planting the same crop in the same place for at least three successive years. Crop rotation ensures that the same plants or plants from the same family will not deplete the same soil nutrients year after year.

Whenever possible, do not plant successive crops of the same botanical family on the same ground. For example, root vegetables such as carrots or radishes should follow vegetables grown for their leaves or seeds, for example, lettuce or beans. In a small garden, this may be difficult. If you do grow the same vegetable in the same spot for two or three successive years, you must make extra efforts to keep the ground fertile (add plenty of aged compost between plantings) and remove immediately plants that become diseased.

There are no rules for succession planting. Any vegetable that is removed from the garden early enough in the season can be followed by any other crop which will have time to mature.

Catch cropping is a term used for filling a space in the garden where a plant has been harvested. One plant comes out, a second plant goes in. Catch cropping can be a form of succession planting; no part of the garden is left vacant during the growing season.

To know the number of days to maturity of many vegetable varieties, look up each vegetable under its name in the Topics Index or check the How to Grow Archive for each plant. 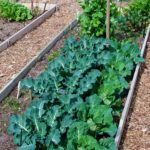 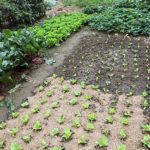