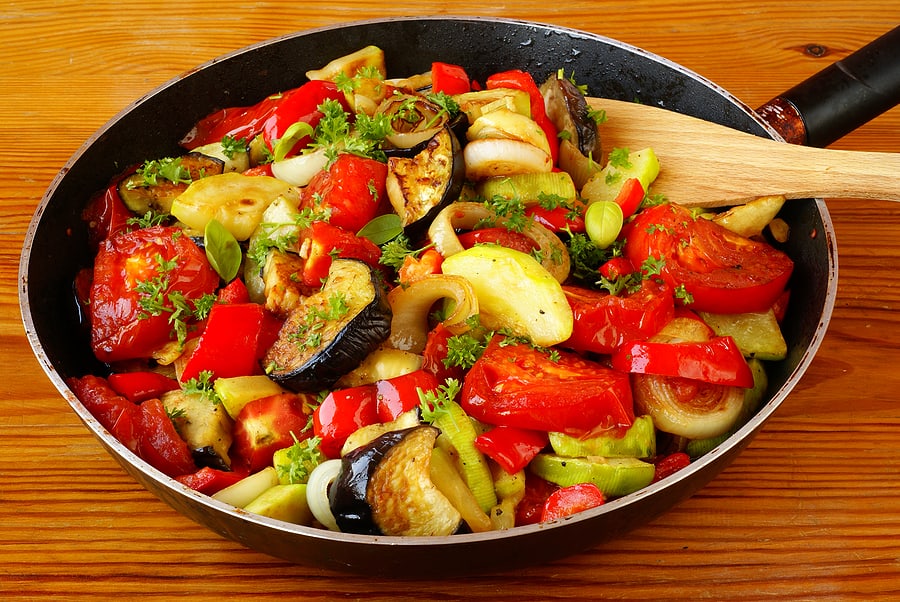 Eggplant? Did you say ratatouille?

All of the key ingredients for ratatouille are available fresh and local in mid summer tomatoes, onions, zucchini, bell peppers and, of course, eggplant.

When you think of eggplant, you think first of the oval, black-skinned cultivar known as ‘Black Beauty.’ That is the classic eggplant with its rich, complex flavor and firm texture even after cooking.

But don’t ignore the other eggplants out there: Japanese and Chinese eggplant cultivars, such as ‘Little Fingers’ and ‘Pingtung Long’–slimer and more elongated that ‘Black Beauty’, and the white skinned cultivars such as ‘Caspar’ and ‘Easter Egg.’

Whatever variety you choose, the freshest eggplant should have a shiny skin and should be firm to the touch, not spongy.

Which brings us to ratatouille, the traditional French Provencal veegetable stew. The dish gets its name from the French touiller which means to stir, and from a French Army slang word “rat” which means chunky stew. Well, you prepare ratatouille like this, slice tomatoes, onions, zucchini, eggplant, bell peppers, add bits of herbs de provence and a little basil: sautee all in olive oil.

Ratatouille is a great meal by itself, but it’s divine when accompanied by rice or potatoes and French bread. 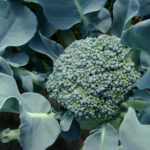 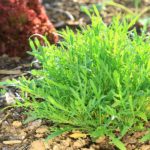