Adding chopped leaves, grass clippings, semi-rotted compost, and animal manure to your garden will encourage earthworms to take up residence in your garden, be active, and thrive.

Benefits of Earthworms in the Garden

• Earthworms burrow through the soil creating space for air to reach plant roots.

• Earthworms create tunnels that allow rain and irrigation water to penetrate the soil.

• Earthworms break up hardpan—dense soil that is inhospitable to plant roots. Earthworms can burrow to as deep as 6 feet in the soil.

• Earthworms leave behind excrement or castings containing from 5 to 11 times the amount of nitrogen, phosphorus, and potassium they have ingested.

• When earthworms die their protein-rich bodies return nitrogen fertilizer to the soil.

• Earthworms eat dead leaves and grass, rotting plants, animal manure, semi-rotted compost, and bits of soil; organic matter is ground in their gizzards, mixed with digestive juices and enzymes in the stomach then returned to the soil.

• Earthworms remove surface debris and fungal spores from the garden; they clean the garden of unwanted organic materials.

How to Encourage Earthworms in Your Garden

If there are few earthworms in your garden it could mean that the soil is compacted or low in organic material. Add chopped leaves, grass clippings, semi-decomposed compost, and animal manure to your garden; these will allow worms to thrive.

If your garden has few or no earthworms, the best way to transfer worms into your garden is to dig up large chunks of soil or turves (section of matted grass) rich in worms and worm burrows and set them whole in your garden so that new earthworm colonies can get started.

Earthworms can range in size from microscopic to several feet in length.

Earthworms that are most commonly found in home gardens and farmland are Field Worms (Allolobohora caliginosa) and Night Crawlers (Lumbricus terrestris). These worms thrive in cool soil and can be spotted on the soil surface during the darkness of night or during rainstorms when their burrows are flooded. Earthworms do not have eyes but they are sensitive to light; they will retreat into the soil when light is shone on them.

Field Worms and Night Crawlers are not used in worm compost bins, but they can be found in freestanding compost piles in the garden; they will congregate at the bottom of a compost pile where the pile does not become very hot and where they can easily retreat into the soil below the pile.

Earthworms used for compost bins are Red Worms (Lumbricus rubellus) and Branding Worms (Eisenia fetida). These worms do not survive in ordinary garden soil. They are used in worm composting boxes and in compost piles as long as the pile does not become too hot.

Vermiculture is the practice of raising redworms in boxes and feeding them kitchen waste to create castings to be used as plant fertilizer. 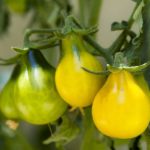 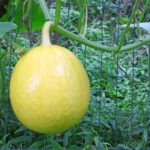