Join our gardening family to receive the latest tips. Subscribe
Tangerines in basket1 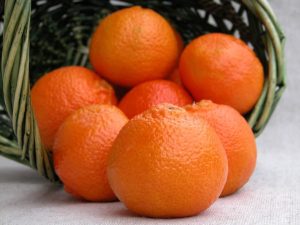 Say mandarin orange and you are describing a large and diverse group of citrus varieties and hybrids that vary from very sweet to tart and from egg-sized small to medium grapefruit-sized large.

The one thing that mandarin oranges have in common is that their peel or skin easily pulls away from their flesh and their segments are easily separated.

Mandarins—the majority of which are smaller and squatter than most oranges–have less acid than oranges, and generally contain more water and less sugar than oranges.

Mandarins vary in color from orange to deep, nearly reddish orange. Those with the deepest red-orange peels are often called tangerines.

The earliest ripening mandarin oranges and their hybrids are ready in early winter. The mandarin season extends from early winter into summer—with the harvest divided into early, midseason and late.

Here’s a roundup of the most notable mandarin orange varieties and their hybrids and when you will find them at the farm market:

Kara. Sweet-tart, sprightly, aromatic flavor with varying seediness. Large fruit to 2½ inches (6.5 cm) in diameter. Ripens winter into spring: March and April. Will be tart if grown near the coast.

There are several mandarin orange hybrids:

Tangelo. Hybrid between a mandarin and a grapefruit. There are two notable varieties: ‘Minneola’ is bright orange-red and has a distinctive neck. It has a rich, tart flavor tangerine flavor when picked late and some seeds. Early to midseason: December through February. ‘Orlando’ has small fruit with mild, sweet flavor and is seedy. Ripens early to midseason: November through January. A third tangelo, ‘Sampson’ has grapefruit like flavor. Ripens midseason to late: February through April.

Tangor. Hybrid between a mandarin and a sweet orange. Cultivars include ‘Murcott’ which is sweet and seedy and ripens in winter: January and February. This cultivar is marketed under the name “honey tangerine.” ‘Ortanique’ is sweet, juicy. Orange, slightly pebbled rind with a distinct neck. Some seeds. Ripens midseason: January to March. ‘Temple’ is rich and spicey sweet to tart. Orange to red-orange rind and seedy. Ripens midseason, winter to spring: January to April.

Ambersweet. Cross between a ‘Clementine’ mandarin and an ‘Orlando’ tangelo and a sweet orange. Juicy and seedy. Slightly pear shaped and pebbly. Easy to peel. Ripens fall into winter: October through December.

Fairchild. Cross between ‘Clementine’ mandarin and ‘Orlando’ tangelo. Rich flavored, juicy and sweet especially when very ripe. Orange flesh. Medium to medium-small and round. Red-orange rind that is somewhat difficult to peel. Ripens in winter.

Lee. Cross between a ‘Clementine’ and Orlando tangelo. Tender, juicy and sweet. Medium-size, round to oblong with yellow-orange rind that is smooth and thin. Seedy. Best flavor in hot regions. Ripens fall to winter: October through December.

Page. Cross between ‘Clementine’ and ‘Minneola’ tangelo. Small, sweet and juicy with few seeds. Orange rind that can be tough to peel. Ripens fall into winter: November through January.

Robinson. Hybrid between ‘Clementine’ and ‘Orlando’. Mile to very sweet flavor and seedy. Yellow to yellow-orange skin that is smooth and glossy. Ripens in fall: October through December.

Wekiwa. Also called ‘Lavender Gem’ or pink tangelo. Cross between a tangelo and a grapefruit. The size of a small grapefruit. Juicy, mild, sweet; the flesh can be purplish rose in hot climates. Ripens late fall into winter: December through February.

Calamondin. Cross between mandarin and a kumquat. Very small, orange edible rind. Flesh is juicy and zesty tart with some seeds.

Rangpur. Also called Rangpur lime (but it’s not a lime). Less acid than a lemon. Used as a base for punches and mixed drinks. Peels like a mandarin. 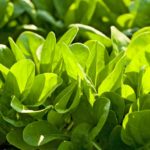 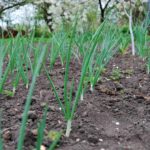