Parasitic wasps are small, even minute mini-wasps that control pests including many garden pests.

Parasitic wasps kill their hosts by feeding on them. Pests controlled by parasitic wasps include aphids, beetles, caterpillars, flies, sawflies, and scale.

Parasitic wasps range in size from 1/100 to ¾ inch long. They vary in shape and coloration but have a notable narrow “waist” between the thorax and abdomen and long thread-like antennae. The larval stages usually do the most damage to pest insects developing inside or outside the hosts then chewing the host for food. This is called “host feeding” and reduces the population of host pest insects.

Parasitic wasps are noticeably seen victimizing tomato hornworms; their egg-like white cocoons are seen traveling on the backs of hornworms—the host has already been parasitized by the wasp larvae and is near death or will not be able to pupate.

Parasitic wasps are attracted to the garden by an ample supply of water—a shallow birdbath or garden pond will do, and a good supply of nectar—plant alyssum, dill, cilantro, parsley, and yarrow–and host insects to feed on.

There are three notable families of parasitic wasps (all belong to the order Hymenoptera):

• Chalcid wasps including the trichogramma wasp: feed on moth and butterfly larvae, including cabbage worms, tomato hornworms, corn earworms, cutworms, armyworms, webworms, cabbage loopers, and corn borers and also aphids and mealybugs; they are 1/64 to 5/16 inch long and metallic black or golden bodied.

Here is an overview of the Braconid wasp, one of the most important and common parasitic wasp:

Life cycle: Usually several generations per year. Most species hibernate as larvae or pupae in their hosts. Females inject eggs into host insects including grubs and caterpillars. Larvae hatch and grow inside the host, weakening and often killing it, or the adult wasp paralyzes the host insect before laying the eggs. The larvae pupate on the back of the host.

Larva: White to cream-colored, wormlike; develop and feed inside the bodies of host insects. 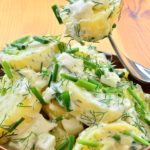 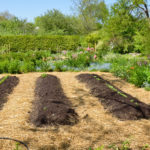