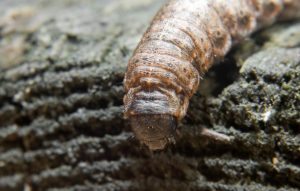 Cutworms are the larvae of various species of night-flying brown or gray moths. Cutworms chew the tender, young stems and leaves of almost all vegetable crops. Control cutworms early in the season by handpicking, trapping, or exposing them to predators such as birds.

Cutworms emerge in spring to feed at night. One cutworm can chew through the stems of several seedlings and transplants in one night. Cutworms also climb on plants to chew leaves and buds. Several generations of cutworms can live in a garden in one growing season.

Cutworm larvae are shiny, smooth gray or dull brown caterpillars, 1 to 2 inches long, with shiny heads. Some cutworms are variegated with yellow spots down the center of the back. When disturbed, cutworms curl into a C-shape.

Moths that lay cutworm eggs are brown or gray with a wingspan of about 1½ inches and stripes on their forewings. The moths fly at night and lay white eggs on host plants or in the soil. Newly hatched larvae feed on vegetable and flower leaves and then retreat into the soil during the day where they curl beside plant stems. Cutworms can chew through stems or completely consume small seedlings. They can climb into plants and eat leaves and buds.

How to Control Cutworms:

• Put collars made of paper, cardboard, plastic, aluminum foil, or tin around transplant stems at planting. Bottomless Styrofoam cups, waxed coated paper cups, or yogurt cups can be placed around seedlings. Push the collars into the soil until about half of the collar is below soil level and at least 2 inches above soil level, then check to make sure there are no cutworms inside the collar. Leave the collars in place all season or until plants are too large to be damaged by cutworms.

• Cultivate the planting beds two or three times lightly before sow seeds or setting out transplants, especially where cutworms were a problem during the past season. You can handpick cutworms or leave them exposed for birds to eat.

• Where it appears cutworms have been active—where seedlings or transplants have been attacked, use a trowel or garden fork to sift the soil lightly near the base of plants to uncover hiding cutworms or pupae. Cutworms will burrow down about 2 inches below the soil surface. Crush or drop them in a can of soapy water. The best time for handpicking cutworms is early in the morning or at night with a flashlight.

• Insect traps that contain floral lures can attract moths and catch them before they lay eggs on plants. This will stem future generations of cutworms but will not control pupae or cutworms already living in the soil.

• Apply parasitic Steinernema nematodes in the soil around crops. These beneficial microscopic wormlike animals get into the insides of cutworms, armyworms, corn rootworms, and fire ants and release bacterium that paralyze and kill the insects. They are not harmful to humans. Beneficial nematodes are available at garden centers and come in a gel or medium that can be added to your garden soil.

• Apply an insecticide or bait containing carbaryl, such as Sevin, around the bases of undamaged plants in beds where stems have been cut; weekly reapplication will be necessary,

• Set out transplants later in the season after moths are no longer active in the garden. 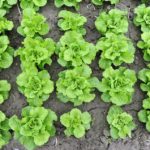 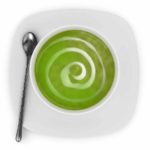