You can turn cucumbers into pickles in about 40 minutes. It’s not difficult.

My favorite pickling cucumbers are County Fair, National Pickling, Pickle Bush, Regal, and Saladin. Pickling cucumbers are short–4 inches is about the right length–and compact with tender skins. Longer, larger cucumbers such as Marketmore and Bush Champion are best for fresh eating, not pickling.

For the best pickles, choose cucumbers that are free of blemishes and undamaged. Cucumbers prime for pickling are harvested not more than 24 hours in advance. If you hold off pickling for more than a day, your pickles will become hollow in the center during processing.

Just ripe cucumbers are best. If your cucumbers are very firm or not ripe, you will want to cook them longer so that the brine can permeate the centers. (Pickles that float to the top of the jar have not been fully cooked.)

A note on vinegar used in pickling: white vinegar will result in lighter colored pickles; cider vinegar or herb-flavored vinegar will yield a richer flavor but will darken the pickles. 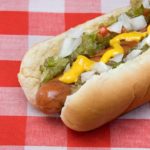 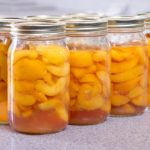