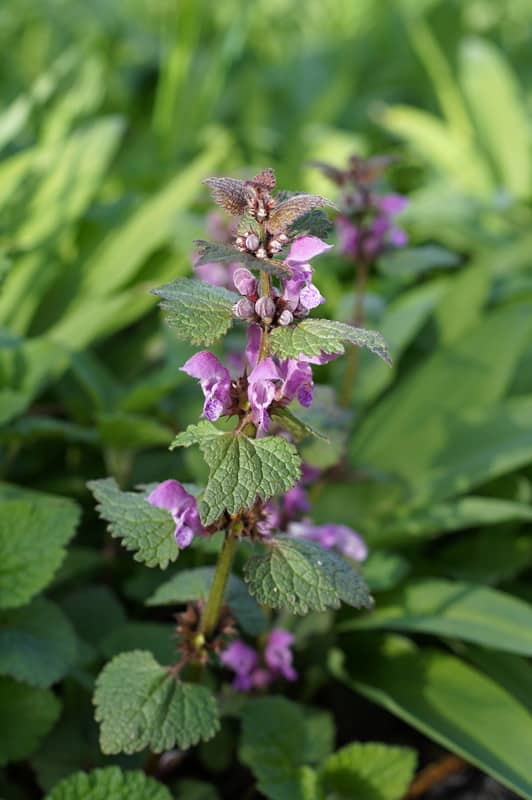 Henbit is a broad-leafed plant that grows as an annual but also as a biennial and short-lived perennial. It is also known as dead nettle, bee nettle, and lamium.

Range: Throughout the United States and southern Canada  except for areas in the north central states.