Join our gardening family to receive the latest tips. Subscribe
Cabbage Under Snow 2 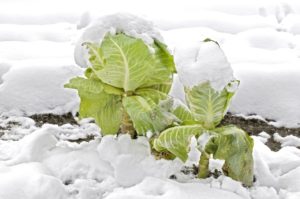 Snow on the winter vegetable garden does not mean the end of harvest. Snow will insulate winter crops from freezing temperatures and protect them until harvest. A killing frost or freeze will do more damage to winter vegetables than snow.

Carrots, turnips, Brussels sprouts, and cabbage, chard, and head lettuce can be harvested from under a blanket of snow. Scallions and fall leeks to the size of scallions can be harvested from under snow. Onions can remain in the garden under snow if a protective layer of mulch lies in between. Parsnips and Brussels sprouts will taste sweeter after being covered by snow.

The best time for harvesting cold-weather crops from under snow temperatures is when temperatures are in the high 20s or low 30s, especially if you are uncovering only a portion of the crop for harvest and leaving the rest for later harvest.

If freezing weather threatens to freeze the soil, all crops should be lifted from the garden. Frozen soil or sustained freezing air temperature will freeze plant cells and cause them to burst, ruin crops, and kill plants. 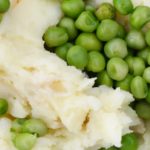 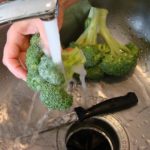