Join our gardening family to receive the latest tips. Subscribe
Roots without soil

Nematodes are microscopic soil-dwelling worms, many less than 1/16-inch long.

There are beneficial nematodes and pest nematodes.

Nematodes live in the film of water that coats soil particles; they thrive where the soil is rich, moist and warm. Nematodes can’t move more than about 3 feet on their own in the course of their lives, but they often travel around the garden in water, in shifted soil, in soil surrounding transplants, and on garden tools and even ants.

Predatory nematodes either have teeth or long spear-like structures which they use to stab and suck the juices out of plants or their insect prey.

Nematode reproduction is usually sexual, though some individuals are capable of self-fertilization. Eggs are laid in a gelatinous mass. From hatching to full-formed adulthood, nematode development usually consists of four molts that take about a month; the life cycle of some pest species is only 3 or 4 weeks. There are many generations over the course of a year. When the soil grows cold, nematodes overwinter as eggs or adults. Where winters are not cold, nematodes are active year round.

Nematodes are found throughout North America.

Feeding Habits and Damage: Nematode damage often looks like a plant disease: leaves may turn yellow and become wilted and stunted. Roots of plants pulled from the ground often look lumpy and stunted.

The root knot nematode is perhaps the most destructive of the soil-dwelling pest nematodes in vegetable gardens. It moves in soil water to find the roots of susceptible crops. When it enters a root, it begins to feed by siphoning water and nutrients away from the plant. It secretes a substance that causes root cells to weaken and enlarge into firmly attached, knotty galls. After feeding the nematode lays a mass of eggs, new larvae hatch. The infested root grows large until it splits open and releases a new population of nematodes into the soil. The split root often becomes infected with fungi and bacteria and rots. The plant is left weakened, often near death.

Pest Nematode Controls: There are no organic methods to permanently eliminate pest nematodes but the population can be reduced. Here are some control strategies:

Beneficial nematodes that are insect parasites are harmless to humans, wildlife, bees, and earthworms.  They attack cutworms, root weevils, corn and stem borers, and squash vine borers and some pest root nematodes.

Beneficial nematodes can be purchased for use in the garden. Beneficial nematodes come packaged in a gel, in a power, or mixed with peat and vermiculite. They are commonly mixed with water before being applied with a watering can or sprayer to the soil or plants, or injected into plant stems by syringe. It is important to follow label instructions when applying nematodes to the soil or plants. Commonly applications are repeated every two to three weeks if needed.

The efficacy of nematode application can be affected by hot weather, cold soil, and heavy rain. Nematodes are most active in temperatures between 72°F and 82°F. 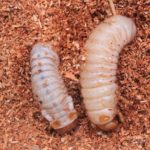 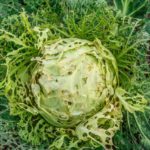