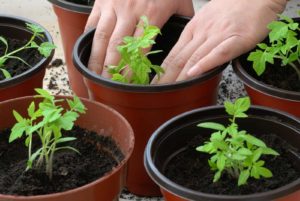 Success growing vegetables is all about timing—in the garden or in containers.

Temperature has much to do with success growing in containers. Root vegetables are cool-season crops. Leaf and stem crops prefer cool weather. Warm temperatures—and longer days—are needed for fruiting vegetables to grow and mature.

Knowing the average last frost date in spring and the average first frost date in fall will help you plan when to sow seed or set out starts or seedlings—those dates help define the cool-weather crop season and the warm-weather crop season. Mark your calendar with the frost dates, then schedule your planting and harvest. Each crop may have a different start and end date, but a simple calendar will help you keep the garden running smoothly—planting and harvesting.

To make sure you have plenty of time for fruiting crops such as tomatoes, peppers, eggplant, and melons to ripen, you may want to jump start the season by starting seeds indoors before the last frost.

Here are suggested seed sowing and harvest times for crops you can grow in containers on a patio, balcony, or roof top. 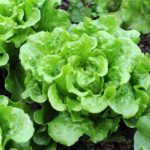 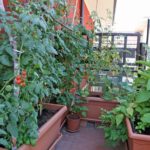