Naturally derived pesticides are often accepted for use on or around organically grown vegetables and fruits. Synthetically produced insecticides are not used in natural or organic gardening or farming.

Naturally occurring or “organic” pesticides include materials extracted from plants, animals, or mineral-bearing rocks substances as well as microorganisms and microbiological products.

Here is a list of insecticides commonly used in organic gardening and how they are used: —

· Bacillus thuringensis is a microbial insecticide. Bacillus thuringensis also called BT is a type of soil-dwelling bacterium that kills leaf-eating caterpillars (moth and butterfly larvae), beetle larvae, and mosquito larvae when they ingest it. The bacterium spores germinate into plants inside the larvae stomachs, grow, and eventually take over and kill the victim. BT commonly comes in the form of a soluble powder; the powder is suspended in water and sprayed on plant surfaces where it is then ingested by insects. It is safe to humans. Insects controlled by BT include cabbageworms, cabbage loopers, corn earworm, European corn borers, tent caterpillars, fall webworms, codling moth worms, peach tree borers, and gypsy moth caterpillars.

· Diatomaceous earth is an inorganic insecticide. Diatomaceous earth is derived from the sedimentary deposits formed by the skeletons of microscopic marine organisms. The remains from diatomite—a silica—which is ground into an abrasive dust. To soft-bodied insects such as caterpillars, the dust is razor sharp and causes cuts that result in the loss of body water. The cuts cause insects to die naturally of dehydration. Diatomaceous earth can be used against aphids, cabbage loopers, codling moths, Colorado potato beetles, cucumber beetles, cutworms, Mexican bean beetles, some fruit and root maggots, slugs, snails, thrips, and tomato hornworms. It is usually applied as a dust around the base of plants and upward from the ground covering stems and leaves. Diatomaceous earth is digestible and harmless to earthworms, mammals, and humans, though some forms of diatomaceous earth can be hazardous if breathed in. Use the “natural grade” in gardens, not the type used as a filtering agent in swimming pools.

· Kaolin Clay is mineral used as a barrier to repel insects and disguise host plants by coating them with a white clay-dust film. Insects seem unable to recognize plants treated with kaolin. Kaolin is used against cucumber beetles, Colorado potato beetles tarnished plant bugs leafhoppers, thrips, and Japanese beetles. Kaolin is a barrier preventative; it is not effective once a pest is already established. Kaolin is mixed with spreaders and stickers then applied to plants.The kaolin barrier created by the particle film also protects the treated plant surfaces from diseases. Kaolin is generally regarded as safe to humans.

· Neem is an insecticide derived from seeds of the neem tree (Azadirachta indica). The active ingredient is azdirachtin. Neem is used to control a wide variety of insects including leafminers, whiteflies, thrips, caterpillars, aphids, mealybugs, spider mites, scale crawlers, and beetles. Neem oil is most effective against actively growing immature insects; it kills by suffocating the insect, the same as horticultural oil spray but with the addition of some insecticidal properties. Most neem oil products are available as concentrates made to dilute with water in a sprayer, but some are available as ready to spray.

· Oils: Horticultural oils—also called insecticidal oils are plant-based (organic) or petroleum-derived (not for organic gardens) insecticides. Organic insecticidal oils are made from oilseed crops such as soybean, rapeseed (canola), or cottonseed. Horticultural oils are effective at killing insect eggs and immature insects, notably small soft-bodied pests such as whiteflies and aphids. Insecticidal oils are usually applied with an emulsifier and mixed with water. Horticultural oils are nonselective, meaning they kill both pests and susceptible beneficial insects. The oil works by smothering the insects or their eggs or disrupting the way they feed. The insect must be thoroughly coated with the oil in order for it to work. Once the oil dries on a plant it will have no effect on insects. Horticultural oils also control powdery mildew and the spread of plant viruses transmitted by aphids. There are both heavy and light horticultural oils. Heavy oils are applied to deciduous trees and shrubs during the winter months. Light oil formulations—called summer, superior, or supreme oils—can be sprayed on plants with foliage.

· Pheromones are natural chemical attractants produced by insects that can be used by humans to bait insect traps. Pheromone traps are used to attract and catch large numbers of specific insects to reduce future reproduction and generations. A pheromone is a chemical substance produced and released into the environment by an insect (or an animal) that affects the behavior or physiology of others of its species; it can arouse sexual interest or act to call others together. A pheromone trap uses pheromones to lure insects into the trap; for example, often a powder made from female pheromones is used to attract and catch males, or the pheromone powder sticks to the males’ bodies and when they fly off they are attractive to other males instead of females and thus egg-laying is disrupted.

· Pyrethrin and pyrethrum are often used interchangeably to refer to an insecticide made from a species of chrysanthemum flower (Chrysanthemum coccineum). The word pyrethrum is the name used for both the flower and for the dust extract from the flower. The term pyrethrin refers to the insecticidal compounds that are extracted from pyrethrum. Pyrethrin is a contact insecticide; it must come in contact directly with an insect to be effective. Pyrethrin paralyzes insects almost instantly, but may not kill them. A flying insect will drop immediately when hit with pyrethrin. Pyrethrins are often formulated with another poison to ensure that paralyzed insects die. Pyrethrin controls pests including aphids, beetles, moth larvae, mealybugs, thrips, flies and mosquitoes. Pyrethrin is non-toxic to most mammals, making it among the safest insecticides in use. It is the most widely used botanical insecticide used in the United States. Pyrethroids are synthetic insecticides designed to imitate natural pyrethrum; they are not natural or organic.

· Rotenone is an insecticide derived from the ground up roots of some plants in the bean family. The roots are ground into a dust and used to poison potato beetles, cucumber beetles, flea beetles, asparagus beetles, cabbage worms, weevils, slugs, loopers, mosquitoes, thrips, and flies. Rotenone is both a contact and stomach poison but it is slow acting taking several days to kill an insect though the insect will stop feeding almost immediately after ingesting rotenone. In warm weather the residual effect of rotenone last just a few days. It is nontoxic to honey bees. Rotenone-containing plants have been used for centuries by native peoples to disable fish– rotenone interferes with cellular respiration; fish exposed to rotenone gulp for air and rise to the surface where they are more easily caught. Rotenone is moderately toxic to mammals, and highly toxic to fish and aquatic life.

· Sabadilla is an insecticide derived from the ground seeds of the sabadilla plant, Schoenocaulon officinale. Sabadilla is both a contact and stomach poison; it is used to control caterpillars, leafhoppers, squash bugs, harlequin bugs, stink bugs, Mexican bean beetles, and citrus thrips. Sabadilla causes the loss of nerve function, paralysis and death; some insects are killed immediately others will be paralyzed for several days before dying. The active ingredient in sabadilla is an alkaloid known as veratrine. Wear a mask when applying sabadilla; it can cause lung and nose irritation and severe headaches. Little, if any, residue is left after application of sabadilla because it breaks down rapidly in sunlight.

· Soaps or insecticidal soaps damage the protective coat of soft-bodied insects such as aphids, leafhoppers, and spider mites causing them to dehydrate. Some larger insects, such as Japanese beetles, are also susceptible. Soaps act on contact so they must be applied directly to the target insect pest to work. Some insects may die within a few minutes of exposure. The residual effect is lessened when the soap dries rapidly which can happen in warm weather. Soaps are sometimes combined with other insecticides such as pyrethrin to increase the effectiveness. Dilute solutions of liquid dishwashing detergents can be used as soap insecticides, but it is important to test the spray on a leaf or two first to make sure plants are not accidentally injured.

· Spinosad is an insecticide derived from chemical compounds found in the soil-dwelling bacterium Saccharopolyspora spinose. Spinosad controls dozens of insect pests including caterpillars, loopers, leafminers, bagworms, borers, beetles, spider mites, thrips, spider mites, ants, fruit flies, and mosquitoes. Spinosad is primarily a stomach poison. It causes insects to stop eating immediately; the insects usually die within two days. It is most effective against insect larvae. Spinosad is active for five to seven days, but once dry it only kills insects that ingest it. If sprayed in the evening, spinosad is less likely to harm beneficial insects. Spinosad is a relatively new pesticide; it was discovered in 1982 in an old Caribbean rum still. 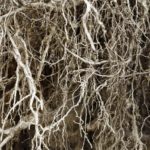 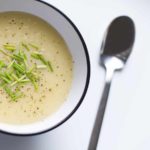