Beans are legumes whose seeds or pods are eaten, but are not classified as peas or lentils (which are also legumes). For the record, legumes are plants with double-seamed pods containing a single row of seeds.

Beans can be divided into two main groups: those that can be eaten pod and all, called green or snap beans, and others that are shelled for their seeds and eaten either fresh or dried, called shell or dried beans.

Green beans are sometimes called snap beans because of the sound their fresh pods make when broken in half. Green beans are called string beans if they have a fibrous string that runs down the side. Most modern green beans are stringless.

There are dozens of varieties of green beans. Green beans are the most widely planted bean type. Green beans include the haricot vert, scarlet runner bean, winged, and yard-long bean. Snap beans are not always green. They can also be yellow or purple. Yellow snap beans are sometime called wax beans for their waxy color.

Beans that grow past the tender pod stage to maturity can be picked for just the seed inside. Beans grown for their seeds to be eaten fresh or dried are called shell beans or shellies.

Fresh shell beans are beans that swell in the pod to their maximum size but have not yet started to dry. Shell beans eaten fresh before they dry include the azuki, butterbean, chickpea, cranberry, fava, flageolet, lima, scarlet runner, soybean, winged, and yard-long bean.

Dry beans are beans left to mature and then dry on the vine. The seeds of dried beans are sometimes called soup beans. Dry beans are shelled and then usually soaked in water before cooking. Dry beans include the black or turtle bean, Great Northern, kidney, cannellini, navy, pinto, red, and white bean.

A glossary of specific bean varieties and broader bean classifications:

Bush Bean: is a bean growing term. Bush beans are determinate plants, meaning they grow to a certain size and then blossom, fruit, and then stop growing. Bush beans grow in a bush-like form to about 15-24 inches (38-60 cm) tall. Bush beans produce edible pods within 60 days and the harvest usually lasts just two or three weeks. After two or three heavy pickings, bush beans are finished. They will then go into decline at which time they can be pulled up and composted.

Chick pea or Garbanzo Bean (Cicer arietinum): short, swollen pods about 1 inch (2.5 cm) long contain 1 or 2 wrinkled buff-colored seeds. Seeds have a firm texture and nutty flavor. Use raw in soups, stews, and salads, and roasted and eaten as a snack. Also called ceci. Originally from southeastern Asia they are a staple in Mediterranean countries and India. Rich in protein and starch. Look more like vetch than peas or beans. Prefer dry heat. Bush bean.

Cranberry Bean (Phaseolus vulgaris): plump, whitish-green pods with wine-colored streaks grow to about 3 inches (7.5 cm) long and ½ inch (1.3 cm) wide. Shelled beans can are mottled with reddish markings. Use fresh or dried. Add to stews and soups, especially Italian minestrone, or boil and serve as a side dish. Flavor reminiscent of chestnuts.

Dry and Horticultural Beans (Phaseolus vulgaris): eaten green or dried for winter use; beans developed for green or dry shelled seeds; bred to be shelled when their large seeds reach full size. Believed to be the ancestors of snap beans. Young pods can be eaten as snap beans. Many varieties range in color from white to yellow, red, pink, brown, speckled and black; some may be splashed with crimson or maroon. Best known dry beans are kidney, pinto, navy, and black turtle beans. Seldom grown in home gardens since they are inexpensive commercially grown. The French flageolet is a horticultural bean grown in home gardens.

Fava Bean or Broad Bean (Vicia faba): large, flattened, light green pods grow 6 to 12 inches (15-30 cm) long and have a white-woolly lining. Eat the entire pods raw when half-grown with oil and salt or cooked like snap beans. Older pods are shelled; moist green beans inside should be peeled. Add to soups and stews or dress with butter or oil; serve cold as a salad dressed with vinaigrette. Require 70 days that are cool but frost free. Harvest in late spring and early summer. Some may be allergic to the mature seed. Bush bean requires support.

Flageolet (Phaseolus vulgaris): small, creamy-white to pale-green seeds of a thin, flat, French shell bean with inedible green pod; pods grow to about 3 inches (7.5 cm) long. A variety of haricot bean developed in France in 1872. Braise or add to soups and stews or eat cold as a salad with lemon and oil. Available dried.

Haricot Bean (Phaseolus vulgaris): general term for a wide variety of beans that originated in America and brought to Europe in the sixteenth century, including the red kidney bean and predecessor of the flageolet. Haricot often refers specifically to the small white bean used for baked beans.

Kidney Bean or Cannellini Bean (Phaseolus vulgaris): kidney-shaped bean of a common shell bean, either red or white skinned with cream-colored flesh and bland flavor. White kidney beans are called cannellini beans. Meaty flavor and mealy texture. Use in salads and in simmered dishes such as soups, stews, and chili. Retains shape and texture cooked.

Lentil (Lens ensculenta); flat, disk-like seeds of a leguminous plant used dried. A lentil is not specifically a bean but is often lumped with beans. Lentils come in a variety of shapes and sizes. Puy lentil has a dark green skin with blue marbling. The orange lentil, also called Egyptian lentil, is a dehusked brown lentil. Green lentil, also called continental lentil, is larger and slightly flatter. Dhal or dal is the general Hindi term for lentils. Add to soups and stews; boil until tender, drain and dress with vinaigrette for a cold salad; or boil until tender, drain and reheat with oil, butter, or bacon fat for a side dish.

Lima Bean or Butter Bean (Phaseolus lunatus): large, flat, kidney-shaped, light-green seeds that mature to creamy-yellow can be eaten raw after shelling; waxy texture. Also used dried. Add to soups and stews; or boil until tender, drain and dress with vinaigrette and serve as salad. Larger than butter beans but often crossed with butter beans.

The lima bean is sometimes called Madagascar bean. Native to Peru and named after the capital there, but pronounced “LY-muh.” Both climbing and bush forms.

Navy Bean (Phaseolus vulgaris): small, oval, kidney-shaped white bean; a haricot bean. Use in soups, stews, baked beans, or marinated in salads. The name is believed to have come from its importance to the navy’s shipboard kitchen stock. Also called Boston bean and Yankee bean.

Pole Bean: is a bean that grows on a vine which should be trained vertically on a pole or trellis. Pole beans grow quickly into large, full-bodied plants. These plants produce in about 60 days and will bear for several weeks. Young pole bean pods should be picked frequently so that the plant will remain productive. These plants are classified as indeterminate, because their size and period of harvest vary.

Purple Snap Bean (Phaseolus vulgaris): a snap bean with a velvety skin which is dark, dark purple. When cooked, this bean turns green.

Snap Bean (Phaseolus vulgaris): bean harvested while immature and pod is edible. Snap beans include green or string bean, Italian Romano bean, yellow wax bean, and the purple-podded bean. Pods range from 5 to 12 inches (12.5-30 cm) long and are oval, round, or broad and flat and green, yellow (wax beans), or purple. Most are stringless; heirloom varieties have strings and fiber. Use steamed, braised, sautéed, stir-fried, or pickeled. Use in soups or mixed vegetable combination. Bush and pole types.

Soybean or Soya Bean (Glycine max): pods are tan to black with soft outer fuzz; two to four beans inside from pea to cherry sized, can be red, yellow, green, brown, black, or mottled. Can be harvested green or left to dry; require soaking for several hours and cooking for 4 hours to be digestible; dry seeds are black or yellow. Use as you would lima beans or fava beans; shell and boil just like English peas. Native to eastern Asia; require 120 warm, frost free days to mature.

Winged Bean (Psophocrapus tetragonolobus): green, purple or reddish pods to 9 inches (22.5 cm) long with 4 fluted wings along the length. Edible pods are high in protein with a flavor similar to the cranberry bean and a starchy green bean texture; pods can be steamed; roast ripe or dry seeds to make them digestible. Native to the Old World tropics; does not fruit until early fall and requires frost-free harvest period. Climbing type.

Yard-long Bean or Asparagus Bean or Chinese Long Bean (Vigna unguiculata): thin, green pods 18 to 24 inches (45-60 cm) long can be eaten like a snap bean or shelled. Use fresh in stir-fries or steamed. Slightly milder than a snap bean with a crunchier texture. Climbing bean. 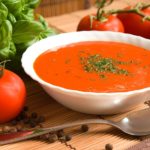 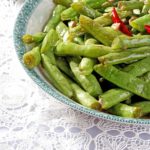