The soil in your garden was created over thousands of years through the disintegration and decomposition of rock and organic matter. Temperature and rainfall, the life and death of plants, animals and bacteria and fungi, and the rocks that were there to begin with: all contributed to the soil you find in your garden today.

Soil minerals and organic matter make up the solid part of your soil. Air and water occupy the pore spaces between your soil’s solid particles. All of these provide nutrients, moisture, and anchorage for plants. Depending upon where you stand in your garden, these components are present in varying amounts.

Light or loose soils have a low capacity for holding water and storing the nutrients plants need. The nutrients simply leach away. Heavy soils are heavy and dense. The movement and exchange of water and air which plants require for growth are inhibited in clay soil. Silt—which has larger particles than clay—has more surface exposure and a higher water-holding capacity than sandy soils but smaller pores and less air spaces.

Soil water. Soil water is important for plant growth because it acts as the solvent in which plant mineral nutrients are dissolved to form the soil solution. The soil solution transports nutrients to plant roots where they are taken up to meet a plant’s nutritional need.

Soil air. Soil air is important because it contains oxygen essential for root respiration—the intake of oxygen by plant roots and the release of carbon dioxide. When the air pores in the soil become waterlogged, plant roots cannot respire and plants become oxygen starved and can suffocate like any other living being.

Best soil for the garden. What soil is best for your garden? What soil contains the right amount of air, water, solid particles, and nutrients to grow plants?

Soil test. Here’s a way to judge your soils fitness for growing plants: If you drop a spadeful of moist soil on a hard surface and it breaks into ½-inch (1.3 cm) diameter crumbs, you can say your soil has good tilth and is ready for planting. But if the soil breaks into large clods, your soil contains too much clay and needs the addition of organic matter. If it holds no form at all when dropped, your soil is too sandy and needs the addition of organic matter.

The organic matter in your soil that can decompose no further is called humus or mature compost. Humus is black or dark brown. It feeds soil micro-organisms and other creatures boosting soil life and the availability of nutrients to plants. It holds up to 80 percent of its weight in moisture increasing the availability of moisture to plants in dry times. It serves as a buffer between acidity and alkalinity. It improves soil aeration, and it holds the warmth of the sun in cool weather.

Organic matter turned to humus is just what your garden needs to grow healthy plants. Humus is the Latin word for soil.

More garden making tips at the Planting Bed topic page in the Index. 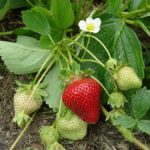 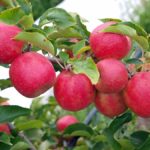