Cook Brussels sprouts until the insides are just tender, not soft, and the flavor will be sweet, mild, and delicious.

Choose Brussels sprouts that are dark green, tightly formed, and of uniform size–smaller, not bigger is best.

Cook the same day they come off the stem or use the sniff test to tell you they are fresh–avoid sprouts that are cabbagey smelling.

Many recipes tell you slice Brussels sprouts before cooking–but they won’t be as showy as those you cook whole. Whole sprouts steamed, stir fried, or roasted are beautiful and tasty.

To prepare whole Brussels sprouts for cooking, closely trim the stem end and remove any yellowing outer leaves. Cut an X in the stem end to bring heat to the centers more quickly. 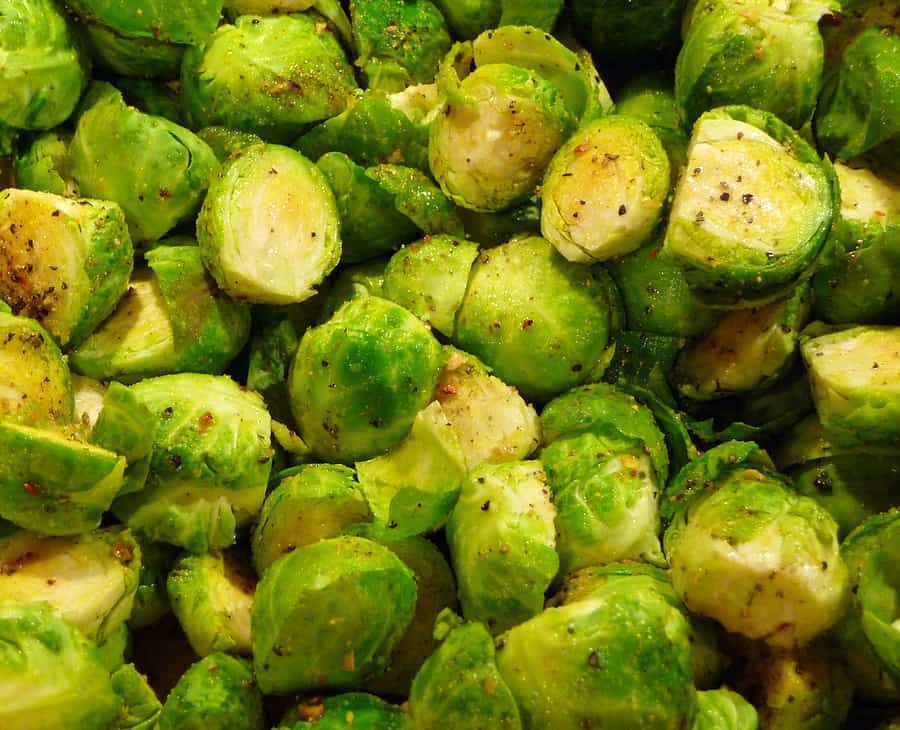 A very easy way to steam Brussels sprouts is in a sauce pan. Add ½ inch of salted water and bring to a boil. Add the Brussels sprouts, cover, and reduce the heat to medium-low. Cook until the sprouts yield to the tip of a knife and the water is just evaporated—about 5 minutes. These sprouts will offer some bite, but won’t be mushy. For the best, nutty flavor don’t over-steam Brussels sprouts—over-steamed sprouts can have a strong cabbage flavor (and smell).

The tried-and-true method of steaming Brussels sprouts is in a pot with a steamer basket. Bring about an inch of water. Put the sprouts in the steamer basket, set over the boiling water, cover, and steam until tender to the bite, about 5 minutes.

Transfer the sprouts to a bowl. Season with salt and freshly ground black pepper and toss with butter and chives. Alternatively, spritz them with lemon juice or toss them in toasted sesame oil. 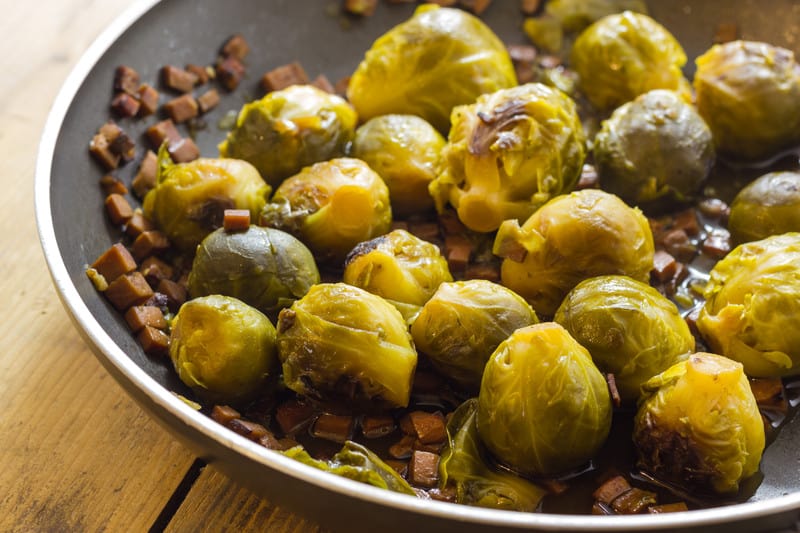 Steam the Brussels sprouts until barely tender, then rinse and set aside. (See above)

Heat a wok or heavy pan over medium heat.

Add a tablespoon of olive oil and bacon chopped into small bits. Cook until the bacon is brown, but not crisp. Remove the bacon with a slotted spoon and set to the side. To make this vegan, use chopped hazelnuts instead of bacon.

To the oil add one small diced onion and cook until the onion is soft and translucent but not brown.

Turn the heat to medium-high, add the Brussels sprouts cook, stir, and toss until the sprouts are heated through and just starting to brown—about a minute or two.

Add the bacon (or nuts) and toss. Season with salt to taste. 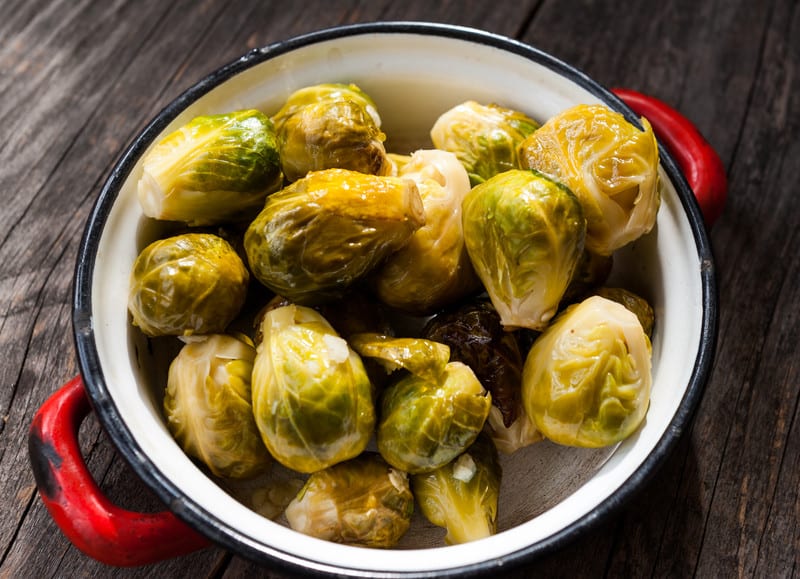 Roasted Brussels sprouts is a combination of steaming and roasting.

Drizzle with lemon juice or balsamic vinegar and season with salt and freshly ground black pepper to taste. 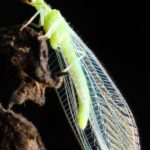 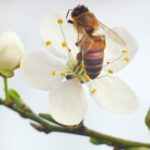