In reverse-season climates, a second crop may be planted in early autumn for harvest in winter.

Squashes are easy to grow but they generally take up a lot of garden space. A vining squash plant needs about 10 square feet of growing room if allowed to sprawl. Squash can be trained vertically on a trellis or tripod to save room. Most squashes are available in bush varieties which take less room.

Squash grows best in humus-rich, well-drained, sandy loam. Add aged compost or a commercial organic planting mix to a depth of 12 inches. Squashes are often planted atop mounds or hills allowing the vines to run down the hill where they can be trained to circle the mound.

Squash are heavy feeders needing a moderate amount of nitrogen and a high amount of phosphorus. Add a slow-release organic fertilizer to the soil at planting time. Plant squash in full sun.

Summer squash should be harvested while young and tender when the skin yields to thumb pressure. Winter squash which takes longer to mature should be not be harvested until as late as possible in autumn but before the first hard frost. The shells should be hard enough to resist denting by a thumbnail.

How to Grow Zucchini and Summer Squash

How to Grow Winter Squash 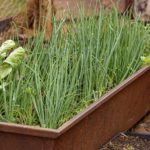 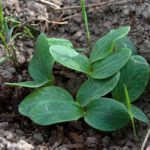