The black walnut is strong flavored often on the tannic or bitter side. Also known as the American black walnut, it is the key ingredient for the black-walnut cake and is tasty chopped to dress sautéed trout.

The white walnut is another American walnut with brownish-white rich, oily meat, it is most often used for baking and also called the butternut, a name that may tell you something about how rich tasting it is.

The walnut is a bumpy kernelled nut. It’s flavored is enhanced by toasting for 15 to 20 minutes at about 350ºF. Blanching can be problematic given the walnuts uneven contour, but it can be done.

The walnut kernel is divided into two pieces; one-third of each piece is joined together and the remaining portions are divided by a thin inedible membrane.

The kernel of the English walnut—which is the most popular and most easily found of the walnuts–is off white and covered by a thin layer of skin that is light to dark yellow. The kernel is enclosed in a hard shell that can be either round or oblong. The shell comes off the tree covered with a sticky green husk known as the shuck. (The walnut is a drupe: the green shuck or flesh surrounds the hard-shelled stone or nut; inside the nut is the edible kernel.)

You will find unshelled walnuts classed by size: large, medium, and babies.

Walnuts are large ornamental deciduous trees that grow from 30 to more than 100 feet tall. The walnut has long been an important food, especially valued in ancient times during the winter when many other foods were not available.

In addition to the English or Persian walnut and the American walnuts, Noix de Grenoble is a popular French walnut.

Local season. Walnuts are harvested in the fall. Fresh de-husked walnuts are in peak-season from mid-September through November in the Northern Hemisphere.

Choose. Walnuts out of the shell should be plump and meaty and crunchy. Avoid walnut meats that are soft, shriveled, or rancid.

Unshelled walnuts should seem heavy and full. Walnuts in the shell should not have any cracks or holes. Nutmeat that rattles in the shell is old and starting to dry.

Prepare. Use a nut cracker or hammer to shell walnuts. Remove the membrane and skin that surrounds the kernel.

Cook. Toast walnuts for 15 to 20 minutes at about 350ºF. Walnuts added to vegetables, fish, or meats should be added for the last 3 minutes of the cooking time.

Walnut facts. Walnuts have been around for a very long time. Etymologically, walnut comes from the Old English word meaning ‘foreign nut’. It was the staple nut in ancient Greece and Rome. In the fourth century, the Romans carried the walnut to Britain via Gaul, or modern-day France. It’s thought that before the walnut got to the Mediterranean region, it may have gotten its start in northern India. 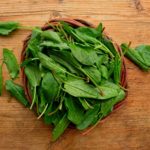 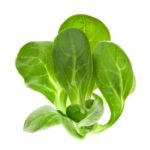