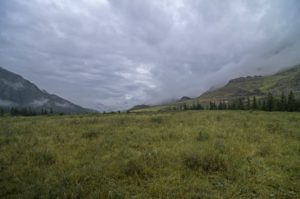 Stratus clouds are dull, flat, heavy horizontal clouds that lay low in the sky. They are commonly gray but can be white.

Stratus clouds often bring a drizzle or they can bring snow.

Stratus clouds appear as a hazy veil. They are featureless and depressing. Sometimes they are called “high fog.” They always obscure the sun. 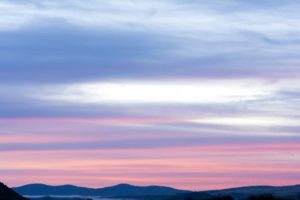 Heavy, horizontal stratus clouds can be contrasted to cumulus clouds which are formed by accumulations of warm air rising in columns.

When an accumulation of warm air breaks through a higher mass of cool air it can billow up to form a stratocumulus cloud.  When stratus clouds form higher than 7,000 feet, they are called altostratus clouds.