Cool-season vegetables grow best in early spring or in autumn when the weather is cooler. This article will list vegetables that can be planted in the cool time of the year.

To grow vegetables during the cool time of the year, keep the following in mind:

Cool-season vegetables can withstand the light frost and the short freezes of early spring and late autumn. Some if mature or nearly mature can withstand severe freezes. Cool-season crops are classified as hardy and half-hardy according to their tolerance.

The meaning of “hardy”

Hardy is a gardeners’ term for a plant’s ability to withstand adverse conditions—commonly cold temperatures. Hardiness will vary from crop to crop and even from one crop variety to another.

Hardy vegetables can be planted two to four weeks before the last frost in spring. These crops can withstand subfreezing temperatures for days and even weeks. Their seeds will germinate in cold soil and their seedlings can endure short freezes. See also: Average Date of the Last Frost and Days in the Growing Season.

Here is a list of hardy vegetables. These crops can be planted—seeds sown or transplants set in the garden—two to four weeks before the average last frost date.

Half-hardy vegetables can tolerate only light freezes–that is short-term exposure to subfreezing temperatures. Half-hardy crops should be planted around the date of the last spring frost.

Here is a list of half-hardy vegetables. Sow the seeds of these crops or set out transplants near the average date of the last frost in your area. Half-hardy crops include:

Use these lists to decide which crops you want to grow in late winter and early spring.

Getting an earlier start

If you want to start vegetables earlier, sow seeds indoors for transplanting out later or grow crops under plant blankets or plastic tunnels until after the last frost. See articles on Season Extension to grow outside of the growing season where you live.

What Every Vegetable Garden Needs 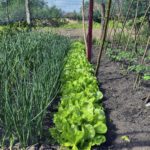 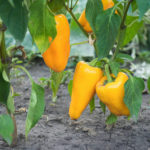