Join our gardening family to receive the latest tips. Subscribe
Earthworms from the vegetable garden

The lives of soil microorganisms and earthworms are essential to the health of vegetable garden soil. Microorganisms and worms are important to the decay cycle—nature’s way of recycling dead and dying organic material. Through the decay cycle, plants and animals of all sizes die, decompose, and return to the soil becoming essential nutrients needed to feed new plants and animals.

Earthworms and soil-dwelling insects–mites, beetles, and millipedes–and soil microorganisms– nematodes, protozoa, fungi, bacteria, and actinomycetes–convert dead and dying plant tissue into humus. They eat dead plant tissue and return it to the soil as humus (a fancy name for mostly worm and microorganism poop). Humus–organic matter in a highly decayed state–is rich in essential minerals necessary for plant growth and works to improve soil structure.

Earthworms produce their own weight in castings—manure—each day, literally eating their way through the soil and organic matter. Earthworms convert nitrogen-rich organic matter into proteins. Their poop is rich in nutrients that can be used by plants almost immediately, and when worms die their protein-rich bodies return nitrogen to the soil.

The most successful way to introduce worms and beneficial soil microorganisms to your garden is to simply dig up a clump of soil or grass from a worm-rich lawn or garden and relocate it to your garden. Earthworms and soil microorganisms prefer slightly cool, moist soil; very warm weather will slow earthworm activity and send them deeper into the cool subsoil. Compost-rich mulch will bring earthworms closer to the surface.

Earthworms and other soil organisms contribute to soil fertility. They mostly live near the soil surface in the root zone of vegetable crops and other plants. Earthworms are segmented worms. They feed on plant residues and move about. As they move about feeding, they stir and aerate the soil by leaving holes in it; this improves soil structure.

As earthworms feed and digest decaying organic plant residues, their excreta, and casts are very high in plant-available nutrients, such as phosphates, potassium, nitrate-nitrogen, and exchangeable calcium and magnesium. Plants can take these nutrients up with little effort.

What beneficial soil microorganisms do

Not all beneficial soil bacteria and fungi feed on decaying matter; some groups of beneficial fungi and bacteria form associations with plant roots. Some can fix or convert atmospheric nitrogen into soil-based nitrogen ions which plant roots can use.

Some soil fungi form associations with roots; these associations are called mycorrhizae. The plant roots provide carbon-containing compounds that serve as food for the fungi, and the fungi improve the plant roots’ absorption of phosphorous and sometimes other plant nutrients.

How to Improve Clay Soil 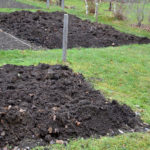 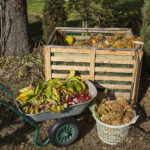