December is the “frosty month” in the northern hemisphere. Frosty, but not the coldest, true winter is yet to come.

Winter arrives this year on December 22, the winter solstice. On the first day of winter, the sun reaches the solstice when it will go no further south. This will be the shortest day of the year in the northern hemisphere (and the longest in the southern hemisphere).

With the shortest day of the year at the winter solstice, every day after will grow longer as the sun turns northward. The ancient Romans celebrated the sun’s return with a holiday called Saturnalia. The goddess of the hearth–and home, Vesta, had her special time in December.

Ancient Celtic priests of northern Europe, known as Druids, also had a special festival for their sun god in December. They celebrated with sprigs of mistletoe which were considered a charm.

The Norse and Anglo-Saxon tribes of ancient Europe burned a huge oak log once a year during December to honor Thor, the god of thunder. That was the Juul (pronounced yool) log, that we now call the Yule Log.

The ancient people of Scandinavia once worshipped trees. About 1,200 years ago, the Christian missionary Winfrid (now known as Boniface) stopped the sacrifice of a boy-prince on an oak tree. Winfrid cut down the “blood oak”, and legend says a young fir tree appeared in its place. Winfrid told the gathered people that the new fir was the tree of life, representing Christ.

The exact date of Christ’s birth is not known, but in A.D. 354 the Christian Bishop Liberius of Rome decreed that the people of Rome would celebrate Christ’s birth on December 25, usurping the day they already observed as the Feast of Saturn, celebrating the birthday of the sun.

So in December, just days after the winter solstice, the celebration of The Light of the World is marked with mistletoe, Yule logs, and Christmas trees.

December is a quiet month in the northern hemisphere vegetable garden. Now is the time to clean away deciduous leaves and frost-bitten summer crops and spread a protecting mulch over the perennials. Snow peas can be planted this month as well as other cool weather crops that you can shelter from severe frosts and snow.

Fruit trees and roses can be pruned this month. Put old fruit trees on a three-year pruning schedule: cut back one-third of the tree’s branches each year for three years to revitalize the tree. Allow one-third of the new vertical shoots to remain and your harvest will be renewed next summer. Grape vines can be severely cut back to 3-bud spurs along the main branch. Strawberries should be replaced every three years.

If you live in the tropics, now is the start of the cool, dry season and there is a lot of planting to do.

December harvest in the Northern Hemisphere

December planting in the Northern Hemisphere by region:

If you are planting this month, here are some suggestions by region: 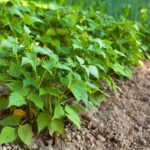 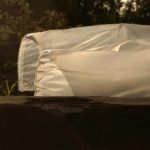